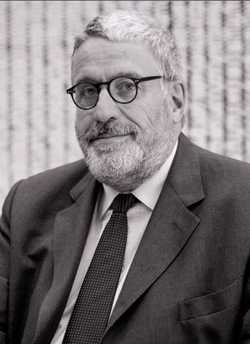 Moving with the Times

Share on:
"Turkey, Egypt, and Lebanon will represent 90% of the forecasted growth for the Group for the coming three years."

How would you assess the last financial year for Bank Audi?

Last year was a good financial year for Bank Audi. Within a challenging operating environment, consolidated assets reached $36.2 billion at end-December 2013, registering a growth of 15.6% relative to 2012. As a result, Bank Audi continues to have an undisputed leadership position in the Lebanese banking sector in terms of all business criteria and to reinforce its position among the top 20 Arab banks, whereby it reported the third highest activity growth rate among top Arab banks in 2013. The growth in the bank’s activity was not realized at the detriment of its financial standing. Primary liquidity placed with central banks and foreign banks reached $12.6 billion, representing 40.4% of customers’ deposits, an elevated level when compared to regional and global averages. At the loan quality level, gross doubtful loans accounted for only 2.8% of gross loans, with the coverage of those loans by specific and collective loan loss provisions reaching 95% at end-December 2013. In parallel, the Bank’s Basel III capital adequacy ratio stood at 12.1% at end-2013, against a 10.5% minimum regulatory requirement. At the profitability level, Bank Audi’s net earnings reached $305 million in 2013. The Bank’s recent results reflect faithfully the strategic orientations set by management so that the Group remains ready to seize opportunities for the development of activities and expansion in better rated new countries, ensuring added value to all stakeholders within its customers’ and shareholders’ base. On the back of the bank’s recent financial and business achievements, Bank Audi looks at the future optimistically. The Bank is steadily growing towards its objective to shortly become among the most diversified regional banks by both business lines and countries of presence in a regional landscape that still lacks full-fledged, well-diversified regional banks at large.

What do you think the ratio of activity abroad to total activity change says about the dynamics of the Lebanese and regional finance sector?

You can see in 2014 that 55% of our assets are in Lebanon, down from 71% in 2010 and 88% in 2005, which highlights the success of our cross border expansion strategy despite the overall tough regional operating conditions of the past few years. This means we have 45% of our assets abroad, of which half are tied to our operations in Turkey. Those ratios are much lower in terms of loans, whereby you have 40% of our consolidated loan portfolio only in Lebanon, and the remaining 60% abroad. We would have over 40% of our profits coming outside Lebanon when we normalize the contribution from Turkey from a current negative contribution tied to the acceptable time lag between operating expenses and expected revenues in greenfield operations. As such, the first results of our strategy were quite enticing and encouraging despite the adverse environment of the past three years. We have been able, in less than three years of average activity, to build close to $6.3 billion of regional assets that almost stabilized during the Arab Spring years. Despite the tough conditions that some countries are currently witnessing, the Bank remains dedicated to its regional expansion policy anchored over continuing to grow the customer and account franchise in new markets with potential for high growth in financial services over the medium term. We also entered Turkey at the right time. It was triggered by our view that a presence in Turkey is complementary to our regional presence. The license was provided after the outbreak of the Arab Spring, so it came at an excellent time to compensate for any delay in the revamped business plan. Due to the size of the Turkish market and the fact that our operating model in Turkey is proving to be successful, we will be more than offsetting the relative delay, the end result being considerably to the Group’s advantage in terms of assets and earnings growth.

“Turkey, Egypt, and Lebanon will represent 90% of the forecasted growth for the Group for the coming three years.”

What ongoing steps are you taking to build up and maintain your captive market share, and how does this strategy differ between markets?

Turkey, Egypt, and Lebanon will represent 90% of the forecasted growth for the Group for the coming three years. In parallel, we have a high-quality operation in Jordan. We would be interested to do commercial banking in Saudi Arabia; however, it has not opened up to players from outside of the GCC, meaning the market would have to free up competition. We have a bank in Qatar that is regulated by the Qatar Financial Centre and not by the Qatar Central Bank. Currently, there are talks that they might merge shortly, which will mean greater flexibility for us. With the outbreak of the Arab Spring, there was a major re-adjustment to our strategy; before the Arab Spring, our aim was to expand in the region to become one of the main regional players—I defined it at the time as cross-selling markets and business lines to capture the market share—but this was before 2011. Up till 2011, we had achieved probably 50% of the set targets; we were halfway to becoming a regional player. We had succeeded in Egypt, Jordan, and Syria. But then there was the Arab Spring, which affected the whole Middle East. To adjust our strategy, we completely deleveraged in Syria, whereby our assets there today represent less than 1% of our consolidated assets reaching $350 million, reduced from $2 billion in 2010. We have adopted a consolidation mode in Jordan. We have also revisited our business plan in Egypt to adjust to the current political environment. Therefore, you cannot consider that the Arab Spring had a zero impact on our previously announced regional expansion strategy. Today, we have shifted toward a much more southeast Mediterranean profile rather than being a deep Middle Eastern bank, focusing on our three main regional pillars: our home market, Lebanon, Egypt, and Turkey, with a fourth pillar which is our private banking business. As such, Bank Audi’s development over the coming years hinges around the following drivers: first, consolidating and strengthening its leadership in Lebanon with a particular focus on pursuing asset utilization optimization while reinforcing operational efficiency to enhance a greater generation of productivity gains. The second driver is strengthening our market background and positioning in Egypt, which, despite the persisting uncertainties, remains a core growth market by virtue of scale and abundant resources triggering self-sustained economic and financial growth prospects. And thirdly, we need to secure over the medium term an established positioning in the Turkish market, which still enjoys a large size and high levels of growth in spite of short-term volatility, building a franchise ranking second to Lebanon in term of size and earnings. Fourth, leveraging cooperation and synergies across the private banking entities in Europe, the Levant, and the GCC, while transforming the wealth management operating model, enlarging its geographical footprint, and reinforcing the range of products and services to shore up private banking development at large is important.