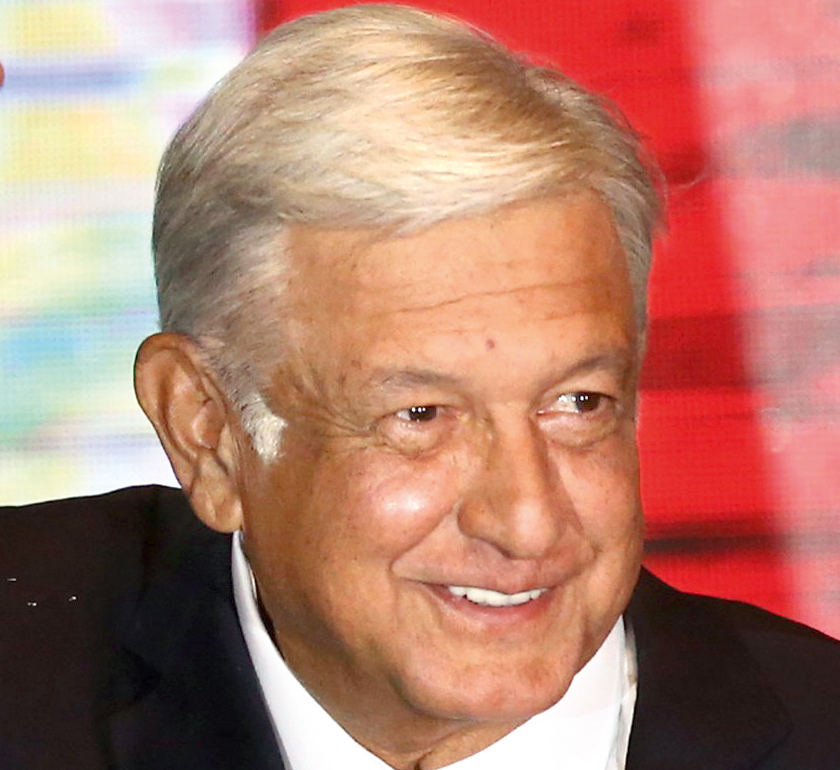 Share on:
Andrés Manuel López Obrador, President-elect of the United States of Mexico, on his mandate and mission as the next president of Mexico.

A considerable majority of citizens have decided to start with the fourth transformation of the public sphere in Mexico.

I urge all Mexicans to reconcile and put the general interest before their personal interests, no matter how legitimate it might be. As Vicente Guerrero said: “The homeland comes first.”

The new national policy seeks to establish a true democracy. We do not seek to have a dictatorship, neither overt nor covert.
There will be deep changes, but according to the existing order.

There will be entrepreneurial freedom, freedom of expression, freedom of association, and freedom of belief; all individual and social freedoms will be guaranteed, as well as the civil and political rights enshrined in the Constitution.

In economic terms, the autonomy of the Bank of Mexico will be respected; the new government will keep a financial and fiscal discipline; we will recognize the existing commitments toward companies and domestic and foreign banks.

Regarding the energy sector, we will review contracts in order to prevent corruption and infringement. In the event that anomalies that affect the national interest are found during this revision, we will appeal to the National Congress or national and international courts for help; that is to say, we will always act by legal means, and not arbitrarily. There will not be seizure nor expropriation of property.

The transformation we will carry out is about rooting out corruption from our country. We will not have any problem to achieve this purpose since Mexican people are the inheritors of great civilizations and, therefore, they are intelligent, honest, and hard working. Corruption is not a cultural phenomenon, but rather the result of a decadent political regime. We are absolutely sure that this condition is the main cause of social and economic inequality and the violence that we are suffering. Therefore, the eradication of corruption and impunity will be the primary mission of the new government.

Under no circumstances will the next President allow corruption or impunity. Forewarned is forearmed: no matter who it might be, there will be a punishment. I am including comrades in activism, public officials, friends, and family.

The money saved from combating corruption and eliminating privileges will be used to stimulate development in the country. There will be no need to increase taxes in real terms nor place the country in debt. There will not be any increase in the price of gasoline either. The current expenditure will be lower and the public investment will increase, in order to encourage more productive activities and the employment generation. The purpose is to enhance the domestic market, produce what we consume inside the country, and make Mexican people happy and employed in the place where they were born—where their families, their traditions, and their culture are. Those who want to emigrate should do so just for pleasure and not out of need.
The state will no longer be a committee in the service of a minority but rather it will represent all Mexicans: rich and poor; rural,and urban inhabitants; migrants, believer and non.believers, human beings af all kind of schools of thought and sexual preferences.

We will listen to, take care of, and respect everyone, but we will give priority to the less fortunate and forgotten, particularly to the indigenous people of Mexico. For the common good of all, poor people come first.
We will change the failed strategy to fight against insecurity and violence. More than using force, we will address the root causes. I am convinced that more efficient and human-centered way to face these wrongs needs to fight against inequality and poverty first. Peace and tranquility are the fruits of justice.

We will be friends with all countries. In terms of foreign policy, the principles of non-intervention, self-determination of peoples, and peaceful settlement of disputes will be implemented again. As President Juárez said: “Nothing can be imposed by force, everything must occur through reason and law.”

We will look for a friendly and development cooperation-oriented relationship with the government of the US, always based on mutual respect and the defense of our migrants, who live and work honestly there.