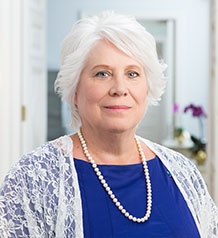 Marina Kaljurand has served as the Minister of Foreign Affairs of the Republic of Estonia since July 2015. She has a long experience in the diplomatic field being the Estonian ambassador in Mexico and US, Canada, Kazakhstan, Russia, and Israel. She was also the Estonian expert at the UN Group of Governmental Experts on Cyber Security. Born in Tallinn on September 6, 1962, Marina Kaljurand holds a master’s degree in law from the University of Tartu. She has also graduated from the Estonian School of Diplomacy and has a master’s in international law and diplomacy from Tufts University’s Fletcher School of Law and Diplomacy.

Share on:
"As a member state of the EU, Estonia is interested in developing economic relations with Iran."

How would you assess your visit to Iran after meeting President Hassan Rouhani last April?

Meeting with President Hassan Rouhani was friendly, pragmatic, and constructive. The same can be said about the visit as a whole. He pointed out that relations between Estonia and Iran have a long history of almost a century, and expressed his interest in developing relations with Estonia in a variety of areas. On the political side, high-level exchanges between government representatives as well as members of Parliaments can be envisaged. In addition, further potential in business contacts and bilateral trade was noted. There was also an MoU signed between the Estonian and Iranian Chambers of Commerce. President Rouhani showed particular interest in Estonia’s experience in the field of e-governance, where Iran has also made some progress. We also discussed the situation in the broader Middle East. The meeting, being the first high-level gathering in the history of the two nations, gave undoubtedly important impetus for the continuation of a fruitful dialogue.

Both sides have expressed their willingness to boost bilateral ties. What are the main areas of cooperation that could be opened between Estonia and Iran?

As a member state of the EU, Estonia is interested in developing economic relations with Iran in a broader context. After the successful conclusion of the nuclear talks last July and the subsequent implementation of the agreement reached, Estonia is willing to use the opportunities offered by the EU’s economic environment also in its relations with Iran. There are opportunities to be explored in several fields, including ICT. Estonia has made some progress in developing e-governance and e-services, and we are ready to share our experience. Another potential field for cooperation is logistics, due to the geographical position of Estonia and Iran, both being situated in the cross-points of trade routes and transit corridors. Estonia’s position in northeast Europe in the immediate proximity to Scandinavia offers particular opportunities for the transit sector, including establishing distribution or production centers. There are modern transport solutions and ports in Estonia that are best suited for fast and reliable service. In addition, the Estonian food industry is offering high-quality production on international markets, especially milk and dairy products, meat and meat products, fish and fish products, berries, and honey. We are also ready to offer our products to the Iranian market. Our experience with producing alternative energy might also be of interest, especially in the field of wind, solar and biowaste energy. Estonia is experienced in developing the technologies for combined energy production, using energy for producing both, electricity and heat. Also, Estonian wood and wood products, as well as wooden houses, are well known.

How will this new relationship between Estonia and Iran boost the economic growth of both countries?

My recent visit to Iran was the first high-level visit from Estonia. Its main objective was to witness the developments in Iran and explore the fields for cooperation. The reception was warm and we received a good overview of the situation on the ground. As regards to the agreements, we are looking into it based on the actual needs. During recent years, Estonia substantially diversified its economic geography. Growing interest toward Iran is a natural part of it. Currently, the trade volumes are modest but both sides see a lot of potential.

What are your expectations for Iran’s regional and international role in the coming years?

Belonging to the world’s top 20 economies, Iran could play an important role as a trading partner to the EU and its member states. Iran’s particular advantage is its increasing, young, and highly educated workforce. It is also clear that the potential of connections between north and south, between the ports of Persian Gulf and Central Asia, and the Caucasus, has not yet been exhaustively utilized. I would like to see Iran constructively contributing to the stability and security in the region. I hope that Iran will have its place as a responsible international actor, reconnected to international economic and trade system.