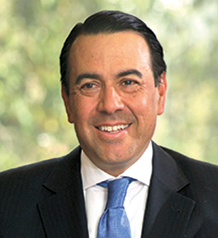 Bernardo Noreña Ocampo is an economist from the Universidad Javeriana and has an MBA from the University of Notre Dame. He has wide experience at banking, investment, and leading financial companies. His positions have included President of Citibank Colombia and Citivalores and Vice President of Banca de Inversión.

Corficolombiana has become the largest financial corporation in the country. How has the company evolved in the last few years?

Corficolombiana is a financial institution that is regulated and supervised by the same regulator that supervises banks and other financial entities in Colombia. It is a special financial institution because the regulator allows Corficolombiana to take deposits from the public through fixed term time deposit certificates and savings accounts. In addition, it allows Corficolombiana, on the asset side, to undertake several tasks, such as investing in fixed-income instruments, equity investments, and loans. However, we currently do not lend money as we are part of a group that has four banks that provide loans. Over the years, there have been a number of mergers amongst financial institutions, and Corficolombiana is the result of mergers that were made at the end of the 1990s, when seven financial corporations merged. The last merger, which is perhaps the most important, was with Corporación Financiera del Valle in 2005. All these mergers have led us to build a solid portfolio of investments. Currently in Colombia there are four important financial corporations: Corficolombiana, JP Morgan, BNP, and Banca de Inversion Bancolombia, but the only one that truly acts in the market as a financial corporation is Corficolombiana. When we merged, we sold the portfolio of our loans to the banks in our group and focused on the business of investment banking, treasury, and equity investments.

Are you considering expanding Corficolombiana to a regional level of operations?

It depends greatly on the specific kind of business. The markets business is a more or less local business, where we participate in the government debt business. We participate in the FX market and the derivatives market on FX. In addition, we have companies that complement the markets business; we have Casa de Bolsa, which is a brokerage house and we have a trust company and a bank in Panama. Additionally, we have the investment banking business that is dedicated to advising on capital markets, bond issuance, equity issuance, M&As, and project finance. Finally, we have an equity investment business where we focus on four investment sectors. We invest in energy and gas, where we have a significant participation in Promigas, a gas transportation and distribution business in Colombia and Peru. We are in the hotel business through Hoteles Estelar, where we have 31 hotels in Colombia, Panama, and Peru. We also have an important agro industrial business; we have 25,000ha of land, one in the center of Colombia and the other in the eastern part. Then, we have a concessions business. We have been in the road construction business since 1991; we have eight road concessions and two airport concessions. We were commissioned for 49.9% of Cali’s airport together with AENA from Spain, as well as 11% of Cartagena Airport with AENA and other local investors.

Corficolombiana is leading the construction of the Bogotá-Villavicencio road. Can you elaborate on the significance of this project?

This is a 90km road that is significant because it connects Bogotá with Villavicencio and the entire eastern plains at Llanos Orientales. We know this road well and have been building and maintaining it for the last 25 years. We initially expanded the road from Bogotá to Villavicencio. Then, we started the construction of the second phase to convert the road into a highway, including certain important tunnels, for a stretch of 30km. These tunnels are some of the longest in Latin America.

What is your priority and main objective for 2018?

Our main purpose for 2018 is completing the execution of current road projects and evolving our proposal of joint added value in the markets business, together with financial entities. In terms of possible regional expansion, Promigas has a great potential.