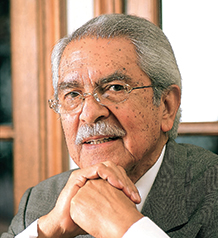 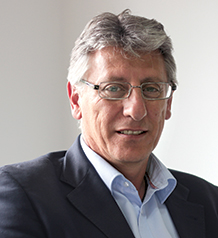 Share on:
Construction firms in Colombia are making their mark in urban construction, where major cities are requiring increasingly complex solutions.

What projects are you undertaking, and what role will they play in Colombia’s economic development?

PEDRO GÓMEZ We have built numerous shopping malls. The first key one, Unicentro, was built 37 years ago, and since then we have put up 20 additional schemes. We are building a residential compound in the city called La Felicidad, comprising a city of 17,000 homes, and around 60,000-65,000 inhabitants. It has all the amenities that a city requires, such as parks, a large shopping mall, a library, and schools. We have also factored in what we call and entertainment center, which involves a large area over which people can enjoy a wide range of sports as well as find wellness facilities such as spas, saunas, physiotherapy, and health foods. The mall will also feature beauty facilities making it more than a familiar retail outlet.

LUIGI NARDACCI In terms of Colombian infrastructure we are still participating in the construction of the Palotal Bridge in Barrancabermeja. This is important work has a significant impact from technical, knowledge, and reference perspectives. The project involves a bridge in swampland with a significant environmental restriction, and we are working with technology not before deployed in Colombia. Other infrastructure on which we have worked includes Calle 6, on which a reclassification of the road was made. And currently we are working on Desnivel Laureano Gomez en la Calle 94 con NQS, which is a rather significant project in terms of contract value and technical aspect, we are using a system founded by threshing sheet pile definitive up to 39 meters deep. Another important infrastructure project on which we are working is the Tailagua Bridge over the Magdalena River. Other important works we are involved in include residential schemes, shopping centers, and office towers. We are engaged predominantly in Bogotá, and are working on the largest skyscraper in the capital.

Lately, your work has been focused on a new chapter in urbanism in Colombia’s cities and peripheral towns. How do you feel urban centers ought to expand throughout the country?

PG As a constructor, city planning is of considerable interest to me. The science of the settlement of communities has developed clearly in the intervening years since the 1930 Athens Conference resulting in the Athens Declaration. The latter document defined urban zoning and subsequent conferences have led to a more humanistic definition of how a city should be laid out. We offer consultancy services that improve cities for the benefit of families and wider communities.
My company has contributed to the improvement of the city and its inhabitants, by fostering the notion of cities developing into self-sufficient urban centers, essential services and facilities as well as homes houses, business, and places of work, all within walking distance. This concept runs hand in hand with efforts to reduce chronic traffic congestion.

What strategy has Galante followed in its regional expansion?

LN Galante has two branches offices in the Dominican Republic and one in Ecuador. From here we manage Galante Cimentaciones Peru, which is an approximately 99% subsidiary. We collaborate and operate with Trevi Galante at a management level. We intend to seize opportunities and expand in Central America, Nicaragua, Costa Rica, and Guatemala. Trevi Group is present throughout the American continent, mainly in Venezuela, the US, Argentina, Chile, and Brazil. Galante is a strong partner for construction projects because of the technical ability we bring to the project. For example, in Bogotá, we acquired a large contract, the Centro Mundial de Negocios America (Pedregal). This project is a combination of residential and infrastructure construction. We are going to run deep foundations, through large diameter piles, diaphragm walls perimeter and fingers with a new technology never used before in Colombia and in various parts of Latin America. We are importing Trevi’s highly specialized machinery called Hidromill from Italy.