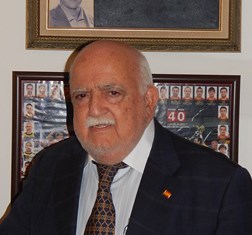 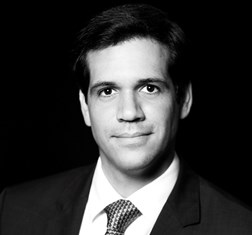 Share on:
Panama’s unparalled stability in the region is incentivizing well-established companies to expand operations and use the country as a regional base.

What is the company’s core business in Panama?

ADOLFO OLLOQUI ARNEDO At one point in history, Panama used to be a prime location for us to import toys to the free zone, before exporting them to large markets. Originally, we built a factory close to the Colombia-Venezuela border in Cucuta but after studying the Panamanian market and realizing the large opportunities on offer, we started building our presence in Panama during the 1970s. Similarly, we discovered phenomenal prospects during an unplanned visit to Colombia. Afterwards, we decided to expand from Panama and build a platform that will facilitate exports to other regional countries. That is how Panama became Olloqui Group’s base to expand into Colombia, Venezuela, Ecuador, and Peru. 1993 was another turning point for Olloqui as we established our telecommunications business to serve the growing needs across South America.

DIEGO VALLARINO LEWIS Our portfolio of investments focuses predominantly on the real estate and tourism sectors, and we recently started investing in logistics and agriculture. We take great pride in the projects we invest in, especially Buenaventura, which has evolved into Panama’s premier and the most successful beach community. Our next step is to evolve into a permanent community incentivizing people to live year-round. Given the high visibility of the brand, we have been able to grow our portfolio of investments and are currently involved in approximately 40 projects. Today, our core business has evolved, and we focus our efforts on creating communities anchored around amenities. These are long-term, large-scale projects spanning over 20-30 years.

How has the company contributed to Panama’s social and economic development?

AOA We realized the huge potential that Panama possesses to become one of the top tourist destinations in Latin America. While most of the currencies in Latin America suffered massive devaluation and volatility, Panama stood out with a stable financial model—one which could be used by citizens of other countries for savings. We spotted this chance and invested in purchasing land in Panama. Initially, we planned to build two mega hotels, but those projects were left in the pipeline for a time when Panama’s tourism industry would start booming. Later, we spread an idea to build El Palacio de la Bahí­a, the tallest building in Latin America. By presenting the project at leading real estate industry fairs in Miami, Bogotá, and other cities, we opened the gates of Panama’s blossoming tourism industry to other countries.

Can you tell us more about the VerdeAzul Foundation and its main initiatives?

DVL We established VerdeAzul Foundation with a focus on education programs around the communities we serve. Through its several programs, the foundation had an impact on 50,000 children in 2017. We also focus on education for adults. For example, we sponsor a program for indigenous people to continue their traditional Mola sewing craft by using contemporary designs so we can sell this artwork for them. We also sponsor programs for children to support their academic development and social development to stimulate their interests and morale, enabling them to integrate into the society; the initiative has been nominated for an award in Spain. The foundation mainly helps communities through learning. For example, we donate the materials to build schools, but it is the communities that build and run the initiatives.

What are your major short-term objectives ?

AOA At present, our primary objective is to work on the Palacio De La Bahia project. RC, a global group with 4 million partners that sells and administers apartments, has recently shown interest in the project. The company mostly deals with short-term rentals; however, we will discuss our plan to tap into the market of medium- to long-term rentals. The advantage that RC brings to the table is the ability to swap apartments with a time constraint. For example, an owner of an apartment in Panama City can swap his apartment with an apartment owner in New York for two weeks. Their business model has generated massive interest, especially because RC covers Mexico and Central America. Our main short-term goals are to make Palacio De La Bahia a reality and purse the apartment-sharing project with RC.

DVL Aside from implementing our diversification strategy, our main goal is to expand our market and attract international clientele. We are creating tailor-made programs and departments within the company to cater to international clientele and facilitate their stay in Panama. Our overarching theme will be to reach out to new markets and expand our demand base, while being selective in our investments. This is not a small goal; we are talking about several million in investment and development to make sure that not only Panamanians, but the international market becomes aware of Grupo VerdeAzul’s quality work.