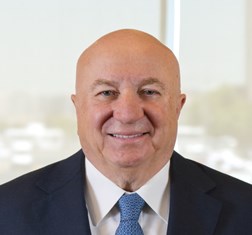 Member of the Board of Directors and President & CEO Mustafa Sani Sener was appointed member of Board of Directors, President and CEO of TAV Airport in 1997. Prior to his career at TAV Airports Holding, Mr. Sener served in various positions, from project manager to general manager, in many national and international projects. He got an executive education on the management of complex systems at the Massachusetts Institute of Technology (MIT.) He gave a lecture in Harvard Business School MBA Programme on TAV Airport Case Study made by HBS.

What role does Saudi Arabia play for the entire business portfolio of TAV Airports?

TAV Airports currently has one airport under our operation in Saudi Arabia, Medina Airport. In 2017, we won the tender for three additional airports in the Kingdom—Yanbu, Qassim, and Hail. We have signed the agreements, though we are waiting for the final go-ahead from the Civil Aviation Authority (GACA) of Saudi Arabia to start these operations. Saudi Arabia is extremely important for us and therefore with our partners, Al Rajhi Group, we have established PAN Airports Holding Group. This is the first private airport operations company in the Kingdom. It will be the holding company taking care of the operations of Medina Airport and the other three airports once we receive government approval. We will also have companies under the holding providing services such as duty free, F&B, and ground handling. Our main aim is to continue to invest in Saudi Arabia and the region in both airports and service companies, though our growth is not just limited to such inorganic growth. Organic growth is also an important part of our growth strategy. For example, when we started at Medina Airport, the number of passenger per annum was 4 million, but today it is 8 million. This is significant growth and increases in passenger numbers are extremely important because every million extra passengers create another 1,000 direct jobs at the airport and another 1,000 in the city. Our service companies bring high-quality services to Medina Airport, and we hope to do the same at other airports in Saudi Arabia. In addition, our IT support company, TAV Technologies, operates the IT systems for Medina and Dammam airports, which also adds a significant value to the aviation industry in the country.

How does TAV Airports take advantage of the goals set out under Vision 2030 for the transportation sector?

Vision 2030 is extremely important, which is why we have positioned ourselves in line with it and established PAN Airports Holding Group. Privatization and infrastructure implementation are key for Saudi Arabia’s further economic growth. The Kingdom’s 2030 Vision opens doors for FDI and international trade. The country needs more roads, airports, and ports, and we can participate in this growth as an international airport operator and investor.

How does TAV Airports integrate with other airport operators worldwide?

It is about knowledge. The airport business is a sophisticated, international industry, and one has to know the business internationally, which TAV Airports does. For example, in Turkey 46% of TAV Airports Holding belongs to Aéroports de Paris (ADP), and we are partners with Fraport AG at Antalya Airport. In addition, VINCI Airports, which is another of the largest airport operators in Europe, also partners with ADP. In turn, ADP partners with the Schiphol Group. Therefore, when we look at these relationships, we are currently represented in one of the largest airport platforms in the world. With these operators, we handle 500 million passengers per year. TAV itself handles 150 million passengers.

What are your main plans and expectations in Saudi Arabia for the coming year?

We are extremely optimistic about and excited for the future of Saudi Arabia due to Vision 2030. Once we receive approval from GACA, we will immediately start to invest USD400 million in the three airports. We have already raised the financing and it is ready to go. Our other investment plans are for the terminal buildings because we want to add more passenger capacity to Saudi Arabia. 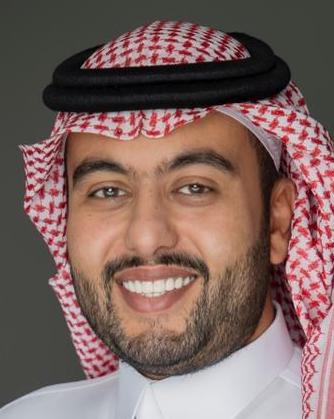