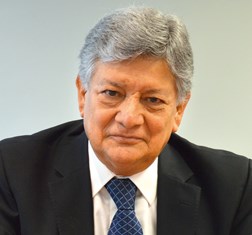 Fernando Ruiz Huarte has been CEO of COMCE since 2015. Signaling his distinguished career in the private sector, Huarte has also served in several business organizations, including CANACINTRA, CONCAMIN, CANACO, CANIETI, CAMEINTRAM, AMANAC, and ANIERM.

Share on:
TBY talks to Fernando Ruiz Huarte, CEO of the Mexican Business Council for Foreign Trade, Investment, and Technology (COMCE), on the need to take advantage of Mexico's many trade agreements around the world and supporting the diversification of imports and exports.

What are your thoughts on NAFTA negotiations and how they might affect the strong trade relations between the US and Mexico?

For Mexico, the NAFTA agreement is extremely important for two reasons. 20 years ago, when the NAFTA agreement started, Mexico started to open up to the world and became competitive in terms of exports and foreign trade. 85% of exports consist of manufacturing and 82% of this is exported to the US and Canada. On another note, over 60% of the country’s GDP is related to foreign trade. The renegotiation will establish and reinforce the relationship between the three countries and make the three countries more competitive. However, we do have some issues, one of which is the rules of origin. COMCE agrees that this area needs to be updated, though this is something that must be implemented over the course of four to six years and not abruptly. It is also important to emphasize modernization during the renegotiations; we need to consider other topics and issues as part of this modernization. These were all issues that were not discussed back then, of course. Now, however, we need to take them all into consideration. We foresee an excellent negotiation because the three countries are extremely connected in the value chain. This will definitely result in a successful renegotiation of the agreement. In the end, this will give us more opportunities to update the agreement and promote growth in all three countries

In Mexico’s strategy to diversify its trade partners, what other markets do you see as a great opportunity?

Mexico should seek foreign trade opportunities with other countries and other regions. We need to take advantage of the ones we already have. For example, we have great relations with Latin America, Europe, and Asia. Thus far, we have great relations with Japan. Hopefully with the Comprehensive and Progressive Agreement for Trans-Pacific Partnership (CPTPP), we will have more opportunities in that sense. We also have to consider that the Asian markets are harder for an economy such as Mexico, which is mainly based on manufacturing because Asian markets are much more competitive than others. The same problem exists with European markets that are mainly manufacturing producers and traders as well. It is important to find ways to integrate both value chains between Mexico and those markets. On the other hand, Mexico has to grow in terms of value-added exports. Because of the processes, the product, and the fact that the country wants to protect Mexican trade and products, it tries to encourage more value addition. The multiplier effect will give GDP a boost.

What sectors can Mexico further develop as part of its export strategy?

We have many sectors in Mexico that are competitive, the main one being the automotive sector. We are among the seven largest producers and exporters in this industry in the world. The exports go mainly to the US, which demonstrates the importance of NAFTA, and we are starting to export more to Brazil, Latin America, and Europe. Also, there is a great deal of potential growth in the aeronautics industry in the center and north of Mexico. There must also be growth in the export of food products, both fresh and processed, as well as the metal and electronic industries.

What are COMCE’s priorities for 2018?

Our strategy is to support the diversification of Mexican commerce and economy. The high rate of dependence on exports to the US, which is 80% exports and 50% imports, is not sustainable. COMCE has to support the diversification of imports and exports. I also believe in the importance of making use of the 46 trade agreement treaties that we have as well as finalizing CPTPP.