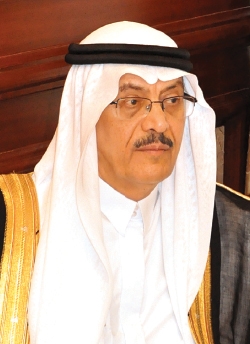 Hussein M. Alfreihi was appointed to the presidency of Al Yamamah University in April 2010. He served for 13 years as Secretary General of the Saudi Commission for Health Specialties, which is responsible for the evaluation of medical training and licensing programs, as well as standards and controls for the health professions. A noted clinician and educator, with more than 50 scientific articles in refereed medical journals, he continues to work as a professor and consultant of internal medicine and gastroenterology at King Saud University. Prof. Alfreihi is American Board certified and licensed. He holds medical degrees from the University of Heidelberg in Germany and Tulane University in the US.

Share on:
What new programs is the university looking to introduce over the near term? We have two new colleges coming. One is for engineering and architecture, through which we will offer […]

What new programs is the university looking to introduce over the near term?

We have two new colleges coming. One is for engineering and architecture, through which we will offer architecture and interior design. The other college is for social and human sciences, which will offer law, mainly public and private, as well as mass communications with five or six concentrations. These will be offered from 2014 onward. We also have three Master’s degree programs being offered. The first is the executive MBA, which has been approved and implemented since 2009, offered in conjunction with our partner, Furtwangen University from the German state of Baden-Württemberg. Most recently, from the 2012-2013 academic years onward, we have also started implementing conventional MBA programs in business administration and human resources. So, we have three master’s degree programs. In addition to the Bachelor’s and Master’s degree programs, we offer a number of diplomas to reorient Saudis who either have a university degree but could not find employment, or who have employment at high-school level and want to improve their skills and income. In an effort to respond to the needs of the labor market, we currently provide four diploma programs, including tourism, banking, and insurance.

What facilities do you have that move your standards of education forward?

We have two campuses, one of them being a female campus. All of our programs are offered to both males and females. We boast state-of-the-art technology and employ a learning management system, meaning our students mostly communicate with their teachers through online systems. They can thus work remotely, even if they are in an isolated area. We also have a co-op program that places students with local businesses and other organizations for practical training to prepare them for real life. We have laboratories for language learning, for computer science, and for finance. Our students can try out real life financial systems and learn how to deal with the market via systems linked to Bloomberg and Reuters. We are very satisfied in that sense so far, and the efficacy of our programs is evident in the fact that the majority of our graduates were recruited during training, while the remaining ones are typically recruited during the first six months after their graduation. We recruit our staff from well-known universities all over the world. We have around 22 nationalities represented at this university, from places like Australia, Malaysia, Korea, the US, and the Middle East.

How do partnerships complement your strategy?

At our financial laboratories, we feature systems provided by the Saudi-British Bank. There are around 20 terminals in three centers at both the male and female campuses, where you can be directly connected to global financial markets. In terms of partnerships, we are also teaming up with a number of universities. Under the “three-plus-one” formula, students spend three years here on campus and one year abroad. We have three agreements so far with provisions for dual degrees. One is with the Grenoble Graduate School of Business in France, where our students can spend a year and obtain a business degree from both institutions. The second such agreement is with the University of Canterbury in New Zealand, where students can, upon graduation, obtain a degree in business from Al Yamamah and a degree in finance from Canterbury. The final agreement we have is with Furtwangen University for an executive MBA.

How do you plan to meet the demand for skilled professionals?

There has been a huge increase in the number of Saudi higher education institutions over the last 15 years. We jumped from around 10 universities in 2000 to something like 35 or 36 universities and probably 20 colleges today. If you look at the public schools, there are approximately 5 million citizens attending those currently. I believe that we are providing the vast majority of people a higher education at a low cost. A significant number of students from the Kingdom have been pursuing degrees abroad on government scholarships for the last 10 years.