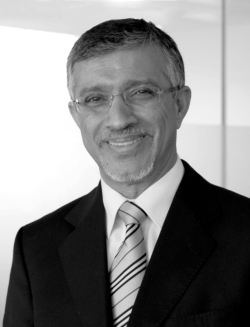 Mahmud P.K. Merali is a fellow of the Institute of Chartered Accountants of England & Wales, a Certified Public Accountant in Kenya and Zambia, as well as an Associate Member of the Institute of Taxation in the UK. Currently an Executive Partner of the Baker Tilly Meralis Group, he is the Regional Head for Middle East and South East Asia, and takes the lead as the group’s International and Financial Consultant. He also sits on the boards of three Saudi-owned Investment Funds, as well as being the Vice-Chairman of the Board of Directors of a Turkish retail chain.

Share on:
What tends to attract foreign firms to Saudi Arabia, as opposed to other markets in the region, such as the UAE? Foreign investment in a country is essential for the […]

What tends to attract foreign firms to Saudi Arabia, as opposed to other markets in the region, such as the UAE?

Foreign investment in a country is essential for the transmission of new ideas, technologies, and business skills among different nations. There are many reasons for investing in the strategic sectors where Saudi Arabia has great comparative advantages. Saudi Arabia is at the heart of the MENA region and is one of the world’s 20 largest economies. Investors from all over the world are joining Saudi partners to set up ventures, attracted by the Kingdom’s political, economic, and social stability, modern infrastructure, inexpensive energy supplies, and strategic geographic location. The government’s established foreign investment policy assures investors that it will refrain from imposing any restrictions on the flow of money into and out of the Kingdom. Furthermore, the Saudi riyal is one of the world’s most stable currencies, with no critical changes in its exchange rates during the last three decades. This stability is attracting large foreign investment in the Kingdom. Foreign investors also benefit from Saudi Arabia’s low inflation rates. Saudi Arabia is an ideal destination for projects that depend on energy consumption. It has a number of promising natural mining resources and a good location provides easy access to the European, Asian, and African markets. The Saudi market also has high purchasing power and continuous expansion, which is why it is known to be one of the fastest-growing countries worldwide.

Is there any specific advice you would offer a potential foreign investor looking to avoid pitfalls?

Saudi Arabia represents a very attractive investment destination when energy prices are on the rise. But some investors question the long-term sustainability of the country’s economy given its dependence on a limited resource like crude oil and whether or not the government’s diversification into other industries will work out, which remains to be seen. Foreign investors should consider Saudi Arabia’s dependence on crude oil since the Kingdom derives the vast majority of its revenues from crude oil and other forms of energy, which means that any downturn in the price of crude oil could have significant negative effects on the country. Furthermore, investors must also consider the monarchy—Saudi Arabia has a monarchy form of government, whereby the King combines legislative, executive, and judicial functions; this has resulted in higher corruption ratings by bodies like Transparency International. That said, there are an abundance of benefits in investing in Saudi Arabia, such as the significant capital to spend. Saudi Arabia regularly runs strong account surpluses thanks to its significant crude oil revenues, which gives the government funds to spend on economic development programs to stimulate the economy further. The recent privatizations of certain industries in the country, such as electricity and telecoms, have exposed the Saudi market to further investment from the outside, particularly in the non-energy markets.

What role do you foresee for private companies in the long term, especially considering the government’s appetite for megaprojects?

On April 11, 2000, Saudi Arabia made it easier for foreign investors in the Kingdom by introducing a new law giving foreign investors the right to the same benefits, incentives, and guarantees offered to Saudi individuals and companies. At present, 48% of Saudi Arabia’s GDP is represented by the private sector of the economy. The future of the commercial sector is promising. Saudi Arabia’s membership in the WTO boosts commercial activity and provides Saudi products with more opportunities in global markets. Another positive development is the formation of free trade zones that Saudi Arabia has undertaken with several neighboring countries.

To what extent do you feel traditional family businesses need to adopt corporate culture, and what are the benefits?

As the number of foreign companies and investors grow more in number, the need for traditional family businesses to adopt corporate culture becomes more necessary as the competition in the market increases and the market advances. It also allows traditional family businesses with the opportunity to attract investors to invest in their company, making it more effective in their operations. It can help business within Saudi Arabia to expand to more networks and markets that can ultimately allow them to compete on a global scale.