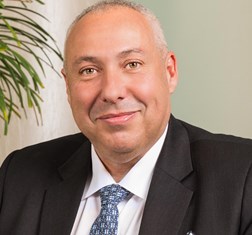 Mikail Houari is the President for Africa and Middle East at Airbus and brings 30 years of global and regional industry experience to his position. He joined Airbus in 2005 as Vice President for Latin America, overseeing the defense and space divisions, from where he moved to the UAE in the same capacity, covering the Middle East region. Previous positions have included an early-career position at Alcatel, General Delegate in Colombia for the French Interior Ministry company SOFREMI, and Vice President of Sales and Marketing in Saudi Arabia at Thales. He is also a private pilot and obtained his license at the age of 17.

Share on:
TBY talks to Mikail Houari, President for Africa & Middle East of Airbus, on the role of the company in the UAE and wider region.

How would you define the core strategy of Airbus in the Africa and Middle East region and its relations with suppliers and MROs?

Airbus is extremely proud of the strong and positive presence that it has established in the Middle East and Africa over the last four decades. We employ more than 3,000 people across these two regions. We are committed to supporting the development and growth of sustainable aerospace sectors in both regions. We feel that there is tremendous potential for the further growth and expansion of the aviation sector in the Middle East especially, and our strategy takes this into account. We are committed to maintaining strong alliances and partnerships with key drivers in the aviation sector and interlinked industries. While we have developed a number of strategic partnerships to enhance operations, we are also launching key initiatives to further advance the aviation industry in the region, as it plays an essential role in economic diversification. We can cite several examples of our deep and growing relationships with regional OEMs and suppliers. In the UAE, Airbus works with Strata Manufacturing, a Mubadala company, and TPI of Tawazun Group directly and via Tier-1 suppliers including FACC, SAAB, and SABCA. In Morocco and Tunisia, strategic partnerships that we have developed via STELIA, a 100% subsidiary of Airbus, have played an instrumental role in enabling both countries to act as major suppliers on all Airbus programs and provides them great benefits in terms of employment and developing industrial capabilities. We aim to leverage new digital technologies to help transform the regional MRO industry and expect that they will appeal to both MRO centers as well as technicians. We have the support of a number of quality MROs in Saudi Arabia and the UAE and continue to invest in these partnerships. We are also a proud partner of leading airlines in the region. The distinctive livery of Middle East-based airline brands, including Emirates, Etihad Airways, Saudi Arabian Airlines, Kuwait Airways, Air Arabia, and others, adorns the gleaming tails and fuselages of the latest Airbus aircraft.

How does Airbus industrial partnership approach exemplify standards of cooperation between an OEM and local players in the region and in the UAE?

With the aim of further developing the region’s aviation sector, in a market that is of high strategic importance to Airbus and to the global aviation industry, Airbus has invested in the regional industrial footprint through numerous commercial agreements and partnerships in several countries such as the UAE, Tunisia, and Morocco. Airbus partners in these countries include local organizations from both public and private sectors and international institutions. Not only does this contribute to Airbus’ global supply chain efficiency, but it also creates opportunities for skills development and the stimulation of new revenue streams for local economies. It also provides important incubators for local talent to address the global talent shortages that exist in the ever-growing fields of aviation and aerospace. In the UAE, Strata Manufacturing produces composite components for the A330, A330neo, A350 XWB, and A380 aircraft while TPI produces metallic parts for the A320, A320neo, and A330 models. In both Morocco and Tunisia, Airbus suppliers and Airbus subsidiary Stelia utilize a highly skilled workforce and take advantage of the proximity to Europe to source a mix of machined, composite, electrical, and assembled components across all Airbus programs.

Which sectors have the most potential to lead opportunities in the future?

Airbus is a future-facing organization, and we are actively working to shape the future of aerospace. Aerospace globally has immense potential and has proven to be a catalyst for economic development. In the Middle East, passenger traffic is doubling every 10-15 years; traffic is growing worldwide by about 4.4%, though in the region it is more than 5.8%; and the epicenter of air traffic globally has shifted from the US 30 years ago to Saudi Arabia today. This explains the success of Dubai as the largest transit passenger air hub in the world, and it can handle up to 250 million passengers a year. The region has witnessed incredible growth in its vision for space-related pursuits and Airbus is committed to bringing innovation and developing sustainable partnerships that endure and transform this field. As Europe’s number-one space enterprise and the second-largest space business worldwide, Airbus Defence and Space provides a broad range of products, capabilities, and systems to countries in the region. Airbus has built numerous telecom satellites for customers in the Middle East, including operators such as Arabsat (KSA), Nilesat (Egypt), and Yahsat (UAE). Arabsat 6B/Badr-7 is based on the Eurostar E3000 platform, which is recognized worldwide as the most reliable in its class.