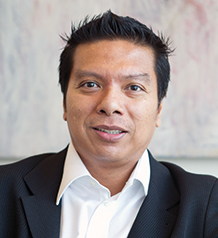 Share on:
Sepang International Circuit was established in 1999. How has it developed since then? Sepang was built primarily for Formula 1. At the time, our Prime Minister saw Formula 1 as […]

Sepang International Circuit was established in 1999. How has it developed since then?

Sepang was built primarily for Formula 1. At the time, our Prime Minister saw Formula 1 as a means of promoting Malaysia as a global destination. In 1999, nobody really knew what Malaysia had to offer and we would often be confused with Singapore. Although there has been a history of motorsports in Malaysia, it was not as popular then as it is today. Motorsports are still the primary sport at the Sepang Circuit; however, we have evolved as a multifaceted venue and promote ourselves for any corporate event with or without the involvement of motorsports. There is an element of motorsports and extreme activities purely because of the space that we have available. We have been able to do that successfully, and at the same time we are healthy and self-sustaining.

What are your expectations for the upcoming Formula 1 Petronas Grand Prix?

Formula 1 is still rated as the third most watched sporting event in the world, behind the World Cup and the Olympics. It is facing certain challenges today, yet it retains its relevance considering the investment that the country has made over the past 17 years. We are facing some difficulty in terms of attracting local spectators. Many are looking for something different after 17 years. We are challenged by would-be spectators opting for remote viewing on digital platforms from the comfort of their own homes. However, there are still many who have yet to visit Sepang Circuit and we are devising appealing ways of attracting them. We began to host concerts in 2009 to attract people. The danger now is that people will only come to the circuit depending on what musical artist comes in. Still, we have been able to create side activities at the event. In 2015, we provided a number of motorsports experiences. We try differentiating ourselves from other circuits, and ticket holders also enjoy go-karting, rally, gymkhana, and 4×4 rides around an actual racecourse. In addition, we are also promoting the venue as family friendly because there was considerable negativity over the noise level of Formula 1. It has been quieter this past year, due to changes to engines, which was actually not welcomed by some fans who liked the old noise level, but it was good for families with children.

How does the Sepang Circuit encourage grassroots motorsports and cultivate local talent?

There is a fine balance between encouraging grassroots development and maintaining the circuit at the peak level stipulated by authorities such as the Federation Internationale de l’Automobile (FIA) and Fédération Internationale de Motocyclisme (FIM). Therefore, we cannot allow grassroots motorsports too much time on the track, or else we have to charge for upkeep. We are an entity of the Ministry of Finance (MoF), and an agenda for the MoF is to contribute to nation building. We do this through programs that contribute to the success of the nation with events like MotoGP. We have been placing local talent in categories for the MotoGP, which is a worldwide event. In March 2015, we launched our own MotoGP team for the first time. We want to make sure that there is a platform for our young riders to perform in world championships. As long as the program complements our events, the case is there. It is expensive to sponsor these young riders, and we do the best we can.

What do you expect for the future of Malaysian sports?

Malaysians are passionate about their sports; however, infrastructure is lacking, and there are no systematic programs or training available, which is why we need increased corporate sponsorship. We have a number of promising athletes in squash, two-wheel motor sports, and synchronized diving, for example. Unfortunately, a sport that we love, football, is one we lack strength in.