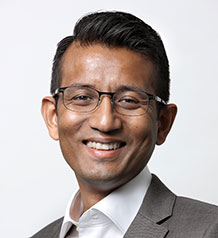 Azli Mohamed started his career in investment banking, focusing on corporate finance with strong emphasis on strategy, merger and acquisitions, business development, investments, structured finance, and private equity in a cross-border environment. In Malaysia, Mohamed has served several many government-linked companies, such as RHB Investment Bank Bhd (then RHB Sakura Merchant Bank), MISC Bhd, and Axiata Group Bhd (then TM International) in corporate planning and strategy roles. He lived in the Middle East for five years, where he served Mubadala, the Abu Dhabi government strategic investment vehicle, prior to his return to Malaysia. He has a master’s in information management from Mara University of Technology, Malaysia, and a bachelor’s in business administration from University Utara Malaysia.

Share on:
"Malaysia is a billion-dollar country for GE, and we reached that point a number of years ago."

Can you elaborate on your activities in the aerospace industry?

Through GE Capital Aviation Services (GECAS), the world’s largest aircraft leasing company, we work with multiple companies and have leasing arrangements with both AirAsia and Malaysia Airlines (MAS). GECAS was the first partner when AirAsia began operations. We provided the lease for its first two aircrafts, and this partnership has developed over time. With aircraft leasing, airlines with difficulties purchasing aircraft use this model, though leasing is more expensive. We provide these services on a case-by-case basis currently, as airlines try to mix how they own and operate aircraft. As airlines grow rapidly, or when others, like MAS, look to minimize risks, leasing becomes an interesting option. With GE Aviation, as one of the world’s biggest aircraft engine providers, we have a significant presence to service the engines of both these airlines as well as Malindo Airlines. For this, we have a facility that has been operating since 1997 and is a joint venture between GE and MAS, with a 70-30% split, respectively. We are currently discussing with MAS the possibility of acquiring full ownership, likely to be finalized by the end of 2016. The facility, called GE Engine Services Malaysia, services over 60 airlines from around the world, from MAS to Southwest in the US. It has a capability predominantly in the narrow-body sector: CFM56-3, for the classic 737; CFM56-5, which powers the A320; and CFM56-7, which powers the 737. We have received clearance to allow the facility to be equipped with the capability to handle both leap-1A and leap-1B, which will power the new A320 Neo as well as the 737 Max. This will make the facility the first outside of the US with these capabilities to do MRO with certification. It will certainly fuel great growth here, and AirAsia will be the first operator of the A320 Neo. We are committed to investing approximately $50 million over the next three years for new capability building. The investment will double the workforce from 300 to 600 employees, upgrade the testing facilities, and improve tools and equipment for repair and maintenance.

How do you position GE Aviation in the Aerospace Blueprints?

Our MRO activities have always contributed to the wider ecosystem of the industry. If you look at the blueprint, one of the critical areas is how MRO can drive the aviation industry. We have been extremely involved in shaping the blueprint so that we do not compete with Singapore, but rather complement it. Our facility already contributes about 20-25% to the whole MRO market share in Malaysia. With the investments, we look to grow it beyond 30% in the next few years. We are the only engine MRO in the country and thus provide a critical role in supporting the blueprint. We definitely see the spillover benefits of our activities for the country, as we work with over 100 companies in the supply chain—local companies feeding into the growth of the shop—thus expanding the economies of scale within the sector. In addition to arranging third-party jobs to suppliers, we help build up not only the skills and capabilities in the country, but also collaboration with universities. We have a partnership with MARA’s learning institute, and many technical capacities in the shop come from their universities. Since 2011, the facility has been operated entirely by Malaysians.

Are you looking to work with MARA on its launch of the Asia Aerospace City?

We are currently situated within that locality, and the expansion of the ecosystem benefits us. Similar to Singapore, this project will create a centralized space for the various segments of the industry to work together. The beauty of the MRO ecosystem of Singapore is that everything is physically close. If we could model something like that in Subang, even on a smaller level, it would really help bring down costs and create a centralized pool of skillsets within aviation and in the wider industry. We applaud the effort by MARA and the government, although it will take some time for the project to develop fully. It is great to see efforts from the government’s side being centralized now, and I welcome the setting up of NAICO to have a more structured approach, to integrate what the different agencies are doing and to have ownership of the industry.

How does GE Aviation contribute to the broader portfolio of GE in Malaysia?

Malaysia is a billion-dollar country for GE, and we reached that point a number of years ago. Aviation steadily contributes about 25-30% of revenue from year to year. It is one of the most significant contributors of revenue for the company in Malaysia. Our facility here is one of the most cost-effective MRO shops in GE’s global network, and this is how we managed to justify the additional investment, as well as the added capacity for the 1A and 1B engines that will be coming through over the next 12-18 months.

How will the recently signed TTPA affect your business in Malaysia?

From a global standpoint, we are still headquartered in the US; however, we are always a promoter and supporter of trade because we operate internationally. From a manufacturing standpoint, we are balancing job creations in the US and the rest of the world. GE already has significant presence in these TTPA countries, and it will benefit us in the long run. Most importantly we focus on how we work with the country to help build local capacity that could form part of the wider supply chain for GE and the TTPA project, rather than focus on its local effects.

AirAsia will receive its first new A320 Neo—in aviation terms known as Entry Into Service (EIS)—in August 2016. As the launch customer, it is important for us to support the EIS of the engine to ensure that everything goes to plan, as well as capability on the ground. It will be one of the most efficient engines in the world, which is an exciting milestone in aviation history. For AirAsia, as a low-cost carrier, it will be a major cost differentiator. More generally, GE positions itself to become a digital industrial company. We have a Tier 1 business within GE called GE Digital, in which we leverage analytics and big data capabilities to further enhance our offerings to customers and help them drive costs, increase revenue, and ensure zero unplanned downtime. Aviation is one of the key elements of this digital offering, and we work with AirAsia and the Department of Civil Aviation to implement performance-based navigation, helping them to almost literally build highways in the sky when they approach runways for landing. That will be one of our main directions within GE. GE Digital is currently doing around $5-6 billion in revenue, and by 2020 is positioning itself to become one of the top 10 software companies in the world.