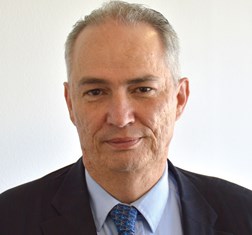 Sergio Forte has served in a variety of managerial positions in both the private and public sectors, for institutions such as Bancomext, Banca Mifel, and the National Infrastructure Fund, among others. He has a degree in business administration from ITAM University.

Share on:
TBY talks to Sergio Forte, Deputy General Director for Investor Relations of Banobras, on making it easier for investors to access information, the foreign interest in investing in Mexico, and some of the key projects in the works.

What are the key features of Banobras’ Proyectos Mexico platform, which displays all the infrastructure projects open to private investment?

The first is transparency, as the federal government has done an impressive job in regard to transparency. A great deal of information that was not public seven or 10 years ago has become public now, although transparency is not only putting information on the web. The idea is to make it easier for users to access information. Another message the government wants to send is that never before in the history of Mexico has there been so many opportunities to invest in infrastructure and energy. Most of the projects are driven by the energy reform, though we still have many projects in other sectors such as transportation, hospitals, and so on. However, we cannot spread the platform’s message alone. We need the support of ProMexico and the Ministry of Foreign Affairs as ambassadors know best who is willing to invest in Mexico.

How would you assess foreign investors’ appetite for projects in Mexico?

It varies from country to country, though they have Mexico on top of their minds and inquire about the economy in 2018, NAFTA, and the elections. Most of them invest for 20-30 years so these issues are secondary. More than half of these countries are already invested in Mexico, and they make recommendations about certain issues that we still need to tackle in the government. Those who have yet to participate in Mexico have us at the top of their minds and just want to find the right moment to invest. For those countries, it is important to touch base from time to time because it is difficult for those in the Middle East or Asia to stay up to date with developments in Mexico. Most do not know that auction and procurement processes in Mexico are mostly done on a public platform. The main events of the procurement process of major projects are on TV, and they are surprised by how transparent they can be. We are optimistic about their interest in participating in Mexico.

How successful has the PPP mechanism been to date?

The PPP framework was created in 2012, and we made certain changes in 2014 and 2016. There are currently 37 different projects under the new PPP framework. Project sponsors now have to get themselves familiar with the PPP framework as it has more rigorous guidelines about what they need to do before launching a project. Such an effort should be made for all projects and not only PPPs. It will take perhaps an additional two or three years for everyone to become familiar with the framework. It is not rocket science; everything just needs to be put in order from the beginning. However, we are not constrained by the PPP framework. There are more than 400 different opportunities, and only 10% of them are PPPs. The others are concessions, financed public works, joint ventures, and so on.

Is investment currently mainly channeled to the energy and hydrocarbons sectors?

We currently have more projects in those than any other sector. Nonetheless, there are important projects in other sectors. The government plans to have over 92% internet coverage across the country in the next six years, which requires the participation of the private sector. We have other projects such as the expansion of the Veracruz Port. The Toluca-Mexico City train is currently not a PPP, although perhaps there will be further PPP projects once operations begin. The government has also awarded a project for a tunnel that will drain rainwater from Mexico City. These ones have greater impact; however, there are many other investments.