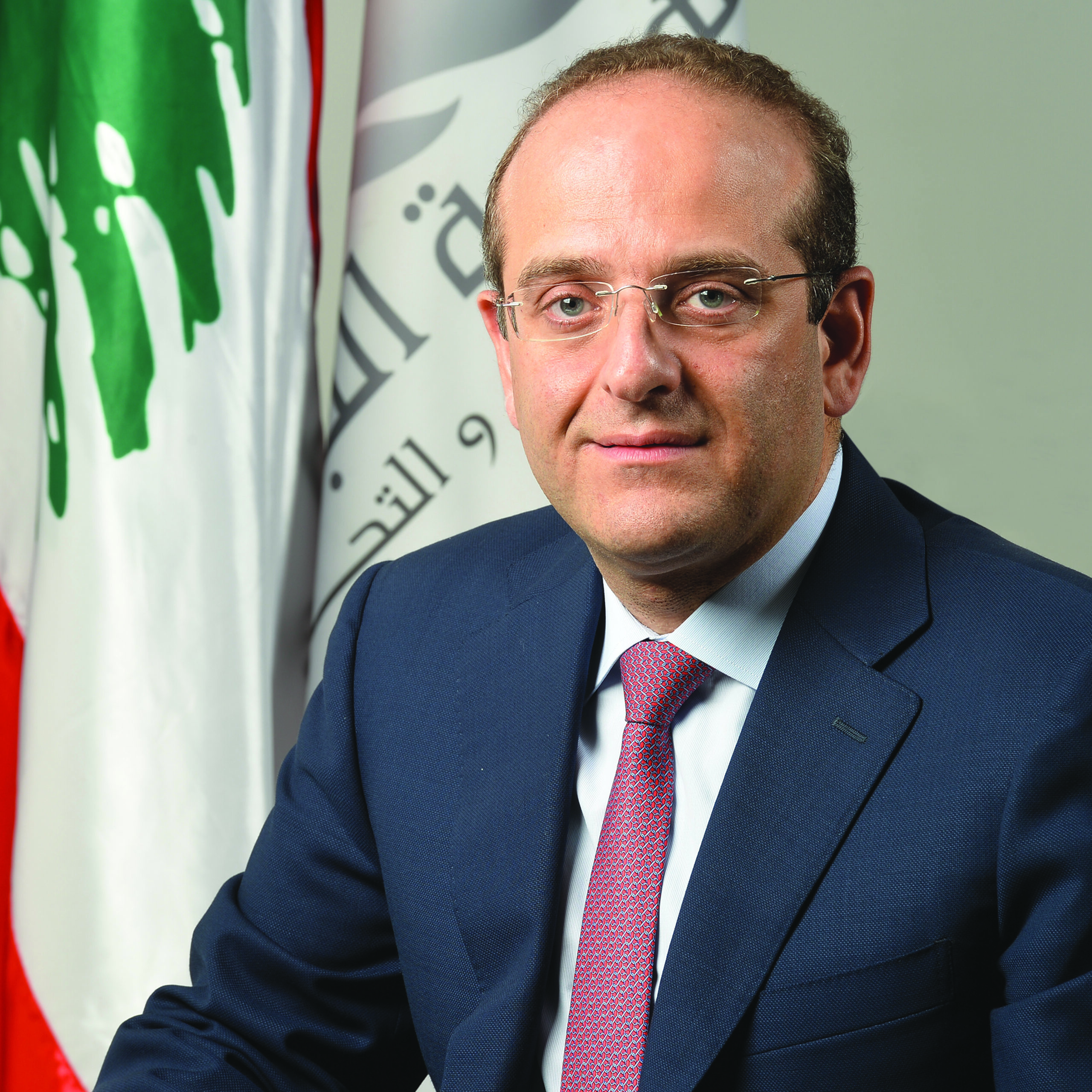 Raed Khoury is a Chartered Financial Analyst (CFA) and holds a BA in economics and a master’s degree in banking and finance from the American University of Beirut (AUB). He is founder of Cedrus Invest Bank and Cedrus Bank SAL, and has extensive and varied banking experience with a focus on wealth management, investment, and commercial banking services. He also spent more than seven years with Audi Group where he held senior management positions in private banking in Lebanon, Switzerland, and Saudi Arabia.

Share on:
TBY talks to Raed Khoury, Minister of Economy and Trade, on solutions to reduce its trade balance, opportunities in manufacturing, and Lebanon's macro sector-based economic plan.

What measures is the ministry taking to reduce Lebanon’s negative trade balance?

Lebanon’s trade deficit is currently around USD16 billion. There is a fundamental and historic problem with our net exports, which is that we are mainly a consumer economy. This acts negatively on our GDP. Lebanon has never had a plan to make its industries more productive and competitive; it has mainly depended on capital inflows from Lebanese people living abroad. This money goes through the banks as deposits and also comes in via real estate purchases. This has led to growth in our banking sector and higher prices in real estate. If this money had gone into growing our productive industries, we could have partly solved the country’s problem of net exports, at the same time creating jobs. On top of this, the Syrian conflict has affected our trade deficit with our exports decreasing by at least USD1.5 billion over the last six years, while naturally exports should have increased. In terms of solutions, there are short- and long-term measures we can take. The short-term solution is mainly to give incentives to exporters through tax reductions that relate directly to exports, as well as incentives on the costs of production, such as electricity.

Is there enough local manufacturing to cover local demand?

It depends if there is potential for our local industries to develop; an example is poultry production. We currently import chicken from Brazil at cheap prices, so if we stopped that or raised the import duties, local production would increase, jobs would be created, and our GDP would grow. Nevertheless, some industries are not competitive, and we could not just stop imports. It all depends on the industry. At the end of the day, any measure we take has positive and negative effects, and we have to weigh both. The Ministry of Economy and Trade looks at three things: the effect the price of a product has on consumers, the industry, and traders. There is often a negative correlation between the interests of traders and industry. However, the weight is always more toward benefiting industry because it creates more jobs, capital inflows, and FDI.

Which sectors grew the most in 2017 and which have the most potential for 2018?

Growth mainly comes from the banking sector, though this should not be our target for the future. Usually, the job of the banking sector is to be the lubricant of the economy and help it grow by extending loans to industry. However, it becomes a burden when the banking sector is so big that it is no longer just the lubricant of the economy, but 50% of it. Now we have our McKinsey & Co. plan for the economy. The government took the decision to create a macro sector-based economic plan for Lebanon to change our existing economic structure and turn it into a more productive economy. The mandate of the government is to define the economic identity of Lebanon, deciding which economic model we will adopt, and whether it will be based on industry, services, or both depending on our competitive advantages as a country. Then we have to identify the sectors where we have a competitive edge. We are great at marketing, high-end products, packaging, and some services, for example tourism and medical tourism. It is the government’s job, with the help of McKinsey & Co. because of its experience and third-party independence on the matter, to come up with an executable plan for the economy. Once the research is done we intend to create a strategy around every sector. If we succeed we will change the nature of our economy to be more productive. The major goal is to create GDP growth and jobs and be able to contain the magical number that is the debt-to-GDP ratio.