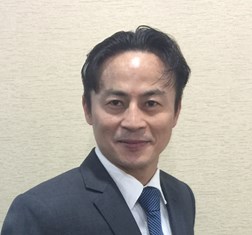 Eddie Lee was appointed CEO of Westports Malaysia in 2018. Prior to that, he held various positions in the company. He has extensive working experience in commercial affairs, business development, terminal service contracts, pricing, and statistics as well as credit control. He began his career in Matsushita Electronics Components (M) Sdn Bhd before joining Jutajaya Holdings Berhad and All Best Furniture (M) Sdn Bhd. He holds a bachelor of business from Edith Cowan University Australia. Lee is also a qualified Chartered Accountant from Malaysia Institute of Accountants and a member of the Certified Public Accountants (CPA) in Australia.

What has been Westports’ contribution to Malaysia’s economic development?

The contribution of Westports to Malaysia as a whole has been tremendous. Westports is one of the three mega-hub ports in the region, handling 9.5 million TEUs in 2018, and has connectivity to more than 350 ports globally. Before Westports was established, there was not a single hub port in Malaysia. Containers were shipped to Singapore to be connected or transshipped to the final destination from there. Westports commenced its conventional or non-container business in 1994 and two years later started its container operations. Growth has been phenomenal, transforming Westports not only into a regional hub but also the preferred port of calls among the shipping lines. As a mega-hub with extensive service coverage and connectivity, Westports has benefited industries across Malaysia.

What have been the most important recent milestones for Westports?

There are many contributing factors behind our growth and success. In addition to its prime location, Westports has invested in the latest facilities to accommodate the largest container vessels in the world. Productivity is critical. The speed with which we can turn around a vessel is imperative from our clients’ perspective as less time spent at the port means more sailing time and for keeping to their sailing schedule. In April 2019, Westports broke a world record in terms of moves per hour, namely how quickly containers are being handled at a port. This has proven once again that Westports is one of the top ports in terms of productivity in the world, showcasing its capabilities, teamwork, and facilities to execute such an operation.

What are your plans to expand container-handling capacity and reinforce the port’s capabilities?

Our current handling capacity is 14 million TEUs, which can potentially increase to 15 million in the short term by adding more ship-to-shore cranes. We have enough handling capacity buffer to accommodate future growth, as we handled 9.5 million TEUs in 2018. With regard to our long-term plan for expansion, we will build more capacity, and when all the container terminals are fully completed, our handling capacity will double to 28 million TEUs. We received the approval-in-principle for this future expansion plan from the government in 2018. We have appointed various consulting firms to conduct the technical studies as required and are now in the stage of finalizing these studies with the relevant authority.

How do you assess the overall infrastructure in the Port Klang area?

Port Klang is the 12th-largest port in the world in terms of container traffic, and we all would like to see ourselves break into the top 10. However, it will not be easy. We have to attract more cargo and services calling at our port, and we have to be supply driven in expanding our terminals. However, it is just not only about port facilities. It is equally critical that the necessary infrastructure is in place to support our expansion. We have been in talks with the government about building and widening the roads leading to Westports and Pulau Indah. We need the government to invest in infrastructure facilities to assist and act fast.

What are the key catalysts for the growth of Malaysia’s maritime industry?

The key catalyst is the global economy. Another of the key catalysts for Port Klang in the last few years is that we have ample land for growth. This attracted many international and reputable companies to set up their regional distribution hubs here. The take-up rate for Port Klang Free Zone (PKFZ), located adjacent to Westports, has now reached more than 90% of its capacity. There is a 318-acre plot of land near the current PKFZ area, and this parcel of land has been earmarked and designated as PKFZ 2. This is a step in the right direction, as PKFZ 2 will be one of the key catalysts for the future growth of the maritime industry.