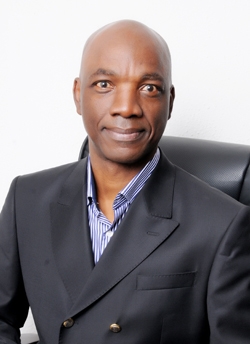 Aliyu Osezay’s career in infrastructure development spans 20 years. He is also the founder of Ceezali. He is a trained Architect and a patron of the Nigerian Building Society.

Share on:
"Ceezali is collaborating with government in various areas of infrastructure development."

What is the historical background of the company and how did you launch operations in Nigeria?

Ceezali has been in the construction industry for over two decades now as a civil engineering firm. We have participated in many projects nationwide, including the building of roads, stadiums, high-rise buildings, and many other civil engineering projects. Abinitio Ceezali has committed herself to operating within the best global practices with a strong inclination to quality and prudent financial management of her projects. We also give serious attention to the impact of our projects on the environment by keeping our operations environmentally friendly.

What is the nature of your collaboration with the government?

Ceezali is collaborating with government in various areas of infrastructure development. For instance, after three years of a highly competitive bidding process, our company was selected as the successful bidder for the provision of integrated engineering infrastructure to the Mabushi district in Abuja under a Public Private Partnership (PPP) arrangement. This scheme is one of the major infrastructure development projects that the federal government is embarking on and we are hopeful of its successful execution. We are delighted that the government has realized the efficacy of the PPP model as a veritable procurement alternative, much needed if we are to quickly narrow the gap in the national infrastructure deficit.

“Ceezali is collaborating with government in various areas of infrastructure development.”

What kind of support do you expect from the government, apart from PPPs?

One of the major areas where the government can offer support to the industry, and especially to indigenous companies, is in facilitating and guaranteeing long-term funds to provide firms adequate access to the resources necessary to effective operation. In addition, tax waivers and import duties on capital assets will be employed in delivering vital infrastructure projects in Nigeria.

How do you apply best practices in corporate governance, social responsibility, and security management?

Ceezali is a corporate member of the British Safety Council in the UK and we are committed to keeping people safe and healthy at work. We also operate one of the best codes of practice by giving equal opportunity and fair treatment to our valued stakeholders. As a matter of fact, before embarking on projects, we hold a stakeholders’ forum where interests are identified, discussed, documented, and executed. We also maintain a cordial relationship between employees as we consciously build in them an ownership mentality. Our company is socially responsible to the host community as we look to give back to the communities through values that will impact people’s lives.

You have recently taken on a new project, the building of a 16-kilometer dual carriageway in Kogi State, the Ganaja-Otokiti. Could you elaborate on it?

This is one of several publicly significant projects we will be handling. As a public interest entity, Ceezali is strongly committed to making its contribution to the development of urban and local communities, which explains why we took up the project. Lokoja is a town of huge traffic challenges. The Ganaja-Otokiti narrow dual carriage ring road is an answer to the urgent need to decongest traffic in the capital. This effort requires a committed company to undertake such a project considering timely delivery and the cost implication. The building of this road will enhance the speedy development of residential and commercial space through the construction of real estate and public facilities, thus creating new jobs.