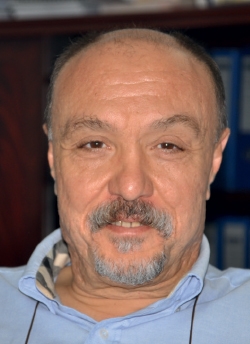 Murat Giray graduated from Istanbul Technical University with a degree in Civil Engineering and a Master’s in Industrial Engineering. He has 33 years of experience in managing construction and contracting companies, six of them with Saudi Arabian Baytur, starting with the incorporation of the company in Al Khobar in 2008.

Share on:
As a global construction firm with Turkish roots, what does Baytur bring to the Saudi market? Baytur is an international contractor and has experience in more than 11 countries. It […]

As a global construction firm with Turkish roots, what does Baytur bring to the Saudi market?

Baytur is an international contractor and has experience in more than 11 countries. It has vast experience working in different environments, lines, conditions, and legal and cultural standards. Our senior management team understands how to adapt to different requirements. Baytur, as a parent company, has worked in the GCC area since 2004. In addition, it had worked in Saudi Arabia before in the 1980s; therefore, it has adapted to the different requirements of the area, which is not so popular among the Turkish contractors that do not work here. Most of them have broad experiences in Russia and the CIS region, but the conditions in those areas are quite different to this part of the world. Hence, as an active contractor in the Gulf area for 10 years, I think that Baytur has a better understanding. And the high-quality health and safety culture that we have is making a difference in the Saudi market and for the other contractors in our line of business. Mostly, we are concentrating on complex construction works, especially complex building construction work, which requires a high degree of specialization in order to meet the many demands from investors for quality and management style. Our main difference from the average company in the market is this mentality. The focus is mostly on our segment, on the contracting and construction industry, complex buildings, or large complexes, such as medical cities or large hotels. We do not see ourselves participating in the ordinary housing segment, but in high-end complexes.

Could you talk in detail about your activities in Jabal Omar and the Mecca Metro?

The Mecca Metro is still at the tender stage. Our Jabal Omar project includes the Sheraton Hotel and Westin Hotel, just across from the Kaaba. It will have 1,142 five-star rooms with a large commercial area and a parking area. It is one of the closest places in front of the Kaaba and is a high-end project. Right now, the job is in its structural phase, but is slated for completion by the end of 2015. We are targeting Mecca for other similar projects as well, because in the next 15 years the amount of investment, especially in the specialty sector, will be greater than all of the investments in the rest of the Gulf area. Mecca is a critically important market for us. We are trying to set ourselves up not only for this project, but also for more long-term involvement. We have set up our manufacturing and accommodation facilities there for the long term. Another project that we have underway is the King Khalid University, which is in the southwest part of the country in a city called Abha. This is an ambitious project with a campus for 65,000 students on a site that was empty four years ago when the project started. We are constructing phases II and III. Phase II is the male medical campus, a teaching hospital with 800 beds and several medical colleges covering pharmacy, dentistry, and medical sciences, among others, as well as the dormitory rooms for the medical colleges. At the same time, we are building the administrative buildings, such as the chancellery, museum, main conference center, and the main mosque. The project is scheduled to be finished in June of 2015 and is running on schedule. The third main contract we are executing is for Aramco. Aramco and Sumitomo are constructing the second phase of the Petro Rabigh petrochemical plant. The first package was contracted to us to build the non-process buildings and the site facilities for the project management team that will construct and run the second phase of the petrochemical plant. These are our three main contracts, but under each we have different contracts. We have six different contracts, but there are three main sites.