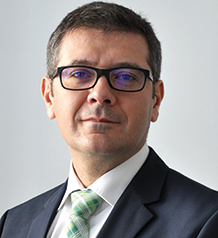 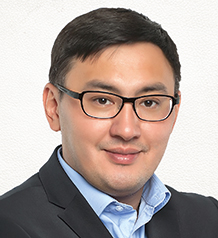 Share on:
As one of the faster-growing economies, with clear decision-making processes and goals from the government, Kazakhstan presents a significant opportunity for pharmaceutical market growth.

How have the company’s operations in Kazakhstan evolved?

Radu Catalin We had a challenging year in 2017, as the local healthcare sector saw a great deal of turbulence regarding pricing, expected new reimbursement lists, and a postponement of tenders. However, on the upside, the market is still growing, with a fairly solid return of public spending, and not only the out-of-pocket segment. In pharmaceuticals our strategy is to move away from a fairly large base of state-dependent funding to a much freer market, as government predictability is fairly volatile. The consumer business also went well while the agricultural business ran slightly above budget expectations, all balancing out in the end. We were able to overcome most of our challenges and remain optimistic about our long-term commitment to Kazakhstan.

Galimzhan Kozhakanov TEVA entered Kazakhstan in 1998 because it was one of the faster-growing economies, with clear decision-making process and goals from the government. In Central Asia, Kazakhstan generates nearly 60% of total GDP. 2017 was a turning point for the pharmaceutical industry. It was not an easy year, from the decline in consumption ability to the increase in prices. The first half of the year was good; we saw slight growth after another devaluation of tenge. In the second half, once the tenge was stronger, consumers did not feel the impact of the price increase. 2017 will mark a drop of 2-3% compared to 2016. Even the retail market has a slightly negative trend.

What are the trends emerging from the healthcare sector?

RC Communication is one area that has improved. People understood that we are ethical companies and have high internal standards. All these help establish a certain partnership that is still emerging, though we have seen significant improvements in the past year or two. The next step is a broader involvement of industry in drafting laws because it is necessary to include those who have the experience and the know-how; otherwise, the country risks jeopardizing the presence of critical medication and merely blocking the market. We see a large effort to create some form of structure and guidance for the industry to follow, and we want to be part of this discussion.

GK We have already faced many challenges that come from the global healthcare industry. There have been price reductions for generics in the US market, which affected us too, in terms of scaling back marketing or reducing the cost of labor. Following a government announcement about price regulation in terms of medicines here, TEVA within AIMP frame started cooperating with the Ministry of Health regarding fair reference price methodology. The matter is very sensitive; governmental bodies have to take into account how it will affect the market in general, and that even some products or companies might “wash away” due to low profitability and so on, so the matter is extremely complex.

RC We are keen to launch our new campaign, Go Red. At an international level it is done with the World Heart Federation and we also run it in Russia. It is not company branded, but real awareness and education. Kazakhstan is also strongly advocating to increase its population. For a country with huge territory and a small population, any positive impact on demographics has a major effect on the economy in the long term. We expect 2018 to be about continuing our solid growth in the market and, together with the government, overcoming the challenges that exist across the industries.

GK In 2018, my expectations are that the market will grow by 6 or 7% as a result of exploiting the retail channel to the full extent, as well as some increase in investment by the state channel. In terms of retail specifically, we expect the market to be driven by low-tier products. Premium prices in particular have doubled in price compared to 2015. We expect to be slightly above the market trend. There will also be penetration of new therapeutic areas and new products being launched, especially in cardiology and neurology. All of that will bring us new challenges in 2018.