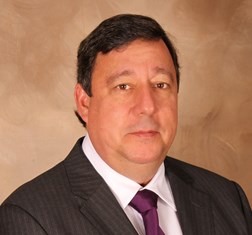 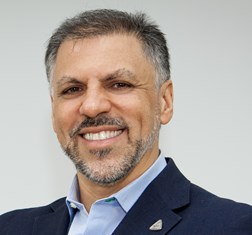 Share on:
Despite counterfeit drug trafficking and bureaucratic inefficiencies, pharma companies in Panama are in it for the long haul.

How has the company evolved over the years?

CHRISTIAAN DE HASETH The company was started in 1921 by my grandfather, who also started, with two partners, the School of Pharmacy, which is now a faculty of the University of Panama. At that time, he found it impossible to acquire pharmaceuticals so he went to New York to purchase them. He eventually grew it into a separate wholesale business, and the group became an import wholesale business as well as a pharmacy business. For many years, the company’s vision was to be a wholesaler and not a pharmacy chain. Today, things have changed, and in order to be a strong group, we decided it was better to develop the pharmacy side. We started to grow into a national chain 15 years ago.

GUSTAVO HERNÁNDEZ TRAVAINI The company started in the Dominican Republic before it was bought by one of the current shareholders. With time, we established a reputation as the top distribution company in the Dominican Republic. The company’s focus on Central America helped spot new opportunities to grow its presence in the Central American market. Building on this well-established reputation, the company expanded in the region to replicate the success in the Dominican Republic, but had to deal with several important competitors in the sector. Today, Leterago is part of the corporation Mega Pharma, the most important multinational pharmaceutical company in Latin America.

What is your vision for the sector, and what main challenges do you encounter in Panama?

CDH The main challenges here are with the government, which can be split into three sections: the Social Security Fund, which is a major provider; the Ministry of Health, which is not a big player; and the Oncology Institute. The Oncology Institute runs well, though it has space issues. The problem with the Social Security and the Ministry of Health is that they do not do a great job in general as far as being a service provider. And because the government is not doing its job, this is a burden on the private sector. People then turn to the private sector for what is supposed to be given to them for free. The reality is that no one likes to purchase medication. That is a problem for us, though it would be a different story if the government did its part and ensured everyone has free access to medication and healthcare.

GHT Illegal drug trafficking is one problem that is present, not only in Panama but across the region. To tackle this serious issue, the respective authorities in each country need to step up their efforts and play a fundamental role to stop the flow of illegal medicines. Not only does drug trafficking impact our business, it badly impacts a country’s credibility. Moreover, traffickers sell drugs that look exactly the same as our medicines, but these fake medicines end up damaging public health and the company’s image. Considering the grave danger posed by illegal drug trafficking, the authorities need to immediately work on bringing the issue under control.

CDH We are always trying to improve on technology and are continually expanding warehousing and systems for our software goals. We are always trying to automate. That is pretty much where the future is in terms of technology. Our first wholesale goal is for everything to be eventually automated because it is more efficient. On the retail side of the business, we have focused on the traditional pharmacy. Our goal is to be a pharmacy, not just a store that sells medication.

GHT Our first goal for the coming years is to become the number-one distribution company in the region. The aim is to operate in all the Central American markets as the market leader. In order to achieve this, we are establishing partnerships with labs that are looking for distributors. Leterago is already a leader in multiple markets due to its quality service. The company owes its success to its represented laboratories and employees; we invest highly in human resources to make sure we inject the business with passionate people. At present, we have around 400 employees in Central American, with 75 working in Panama’s regional office alone.