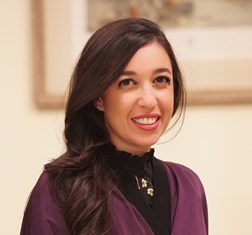 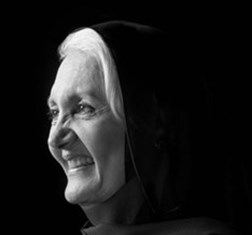 Share on:
Socioeconomic development in Saudi Arabia and the wider region has largely rested on the public sector's shoulders, but some private actors are setting examples and challenging the private sector to test its mettle.

Can you tell us about the vision of the Albaydha Project?

PRINCESS HAIFA BINT FAISAL BIN ABDULAZIZ AL SAUD The idea came as I began to learn of some communities in rural areas of the country. These citizens live in poverty and many have not been properly integrated into the system, which makes it difficult for them to break free. Local jobs are a potential way to help these people, and the idea for the Albaydha Project grew from this. We met the Governor of Mecca and explained that we would like to start a charitable project. We set the goal to uplift the poverty ridden from their cycle of poverty by combining job creation and vocational training with access to new homes. We also established the Albaydha Development Society to make sure the community receives access to charitable services and community projects. In 2016, we reached an agreement with the Ministry of Housing and the Governor of Mecca to officially launch the construction project.

Could you tell us more about your organization and your vision for the region?

LYNN ZOVIGHIAN The Zovighian Partnership is a family-owned venture that I co-founded with my father almost five years ago. The Middle East is more fundamentally capable of stability and prosperity than what meets the eye, but no adequate steps are taken for its success. Growth in our region is largely led by government, as well as champions in the private and third sector. But there is a serious need for other socioeconomic forces to join the ranks of nation building. Our venture is about advancing a fortified and capable community of philanthropists and humanitarians, social and impact investors, and social entrepreneurs to serve the region.

The project intends to reverse desertification in the area. Could you tell us more about that process?

PHBFBAAS Our first project, launched in 2014, was a dam system that mitigated the negative impacts of flash floods. We also began to control restricted irrigation to assess how and where natural plant life thrived and discovered that two species of trees were particularly well-suited for arid environments. In collaboration with the Ministry of Environment, Water, and Agriculture, we are now working to establish our second pilot for the Albaydha Project, aimed to make the valley green again. The next step will be to set up cooperatives for agriculture and animal management with the local community. Part of these cooperatives will include providing livestock feed to impoverished farmers using highly efficient hydroponics and aquaponics systems. Additionally, we will reclaim and reuse wastewater in our regenerative agriculture initiatives. Between these different programs, we will be able to create jobs while also maximizing the quality of living of the Albaydha people.

How have you developed your model to bring stakeholders together and to initiate such projects?

LZ It has been a journey of building a venture with significant expertise in the design and administering of strategic social impact, creating proprietary evidence-building methodologies based on scientific research, designing prototyping tools to pre-launch impact missions and stress-test their viability, as well as building long-term management capabilities to run impact missions and portfolios. One can only imagine the learnings; the whole process shows how crucial risk taking and risk management is. It also teaches to not allow for the mismanagement and wastage of philanthropic capital and humanitarian budgets. Equally important, one learns how to serve in solidarity and partnership. National leaders and active citizens have commissioned us to take these learnings and capabilities to build and manage a growing portfolio of impact missions in the country. All these missions are transformative in honor of community, sustainability, and state institutions.

How do you work to ensure that this system can later serve as a model?

PHBFBAAS We are documenting and assessing everything, and our ultimate goal is to create a system that can be effectively implemented across other parts of the country. In order to do this, we must keep constant watch over exactly how this project is progressing. Multiple parties have asked if we could replicate it to other areas in the country; however, before starting elsewhere, we want to know that we can establish real and lasting change through our current project.

What are your primary ambitions for the coming years?

LZ My ambition is to thoughtfully invest in empowering sustainable mechanisms for the building of prosperous nations and societies. I hope to align my business-building and peace-building worlds and demonstrate the incredibly important responsibilities that businesses have toward their communities. My message would be to embrace the opportunities of tomorrow’s Middle East today.