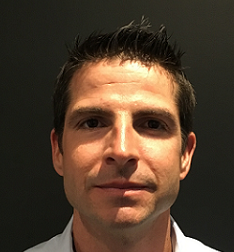 Philippe Garnier is President and CEO of Garnier & Garnier.

Share on:
“We have had a lot of experience with hospitality developers coming to Costa Rica that struggle with concession plans.“

As a developer in the freezone space, how do you see the landscape for investment evolving over the next few years?

Costa Rica is supporting business and our economy is growing every year, as we depend more and more on Foreign Direct Investment (FDI). The new government has been focused on maintaining rules for foreign investors and we will not see any major changes to Costa Rica’s tax structure nor laws that would make conditions worse for foreign companies. We are confident that the current government will continue to promote international investment. The president has been outspoken about the companies that are already here, saying he will continue to support their investments. In our sector, we see many new companies coming in, or expanding their operations in the country, and our pipeline is strong. The international community is bullish on Costa Rica sustaining growth and, even an expected depreciation of our currency (the colón), would make foreign companies more competitive. Additionally, Costa Rica continues to be a safe and stable country on a political level, with a high-level quality workforce that also draws the attention of the companies to invest.

When it comes to navigating the legal framework, what would your advice be for a foreign investor?

Being local continues to be a great asset. In this case, Costa Rica’s current structure favors local partners. That applies all over the world. We have had a lot of experience with hospitality developers coming to Costa Rica that struggle with concession plans, as well as the permit process that they need to complete to have a successful project. If a private investor purchases a piece of land somewhere, it can be difficult to establish itself without a local partner. Many years ago, we learned how important it is to take care of our communities. We learned the hard way that, having community involvement and social participation, is critical. It is not necessarily something all companies have in their culture, but it is a major factor when it comes to carrying out a high-profile project that can affect local communities. Some projects can be of public interest and the numbers should explain to the communities what the purpose of the investment is, what is going to be done, and how it contributes to making Costa Rica a better place. If a company can keep its promises, its chances of success are higher. Some people have trouble grasping the concept of concessions, but the fact remains that, if we do not offer concessions for some of the required infrastructure, we will not have new roads. We simply cannot afford to do it ourselves.

What should be the private sector’s role in advancing the national agenda, and where is the most opportunity for investment in sectors that will support it?

It is no secret Costa Rica has infrastructure issues. The areas that need to be more involved are infrastructure and energy, which are critical aspects of our economy and will make us more competitive. If we speed up the permit process in general, we will see a lot of investment ready to fund projects that are waiting for approval. There are many skills in the private sector that could be used by the government to promote the economy and create jobs. SMEs typically avoid taxes by staying small, but once they cross the threshold into becoming a legal tax-compliant company, they struggle. Costa Rica is also investing into more value-added products and services and moving away from manufacturing to R&D-led activities.

What has been the commercial factor that has led you to impact the economy in the way that you have?

We have been able to deliver an important amount of square footage on time and on budget for the companies interested in being part of our projects. They trust us; they know that when we commit, we will follow through on our promise. It also has to do with understanding Costa Rica’s ecosystem and forecasting the future commercial and professional real estate landscape. For example, we invested first in office space in the area of El Cafetal; specifically in Belen, Heredia. There are now many projects coming to that area, including our work to introduce El Cafetal 2 and El Cafetal 3. We invested a lot of time in identifying what the companies would need and did a lot of research on how to solve those problems. As companies become more sophisticated, they start to compete for labor and companies have to be more attractive, with the right amenities and the right environment. We see turnover rates as low as 3% in our developments, where the market rate is 17%. We prefer to take on just a few projects, so we can work on them with our best people. That way, even I can get personally involved with everything we do.

Why is it important for Garnier & Garnier to have a strong, powerful brand that inspires the rest of the market?

If we can run our business with a purpose, we can inspire everyone around us, even the companies that watch us from outside. In getting certifications, it is about understanding that we can continue to innovate and get better, with a vision of purpose that gets everyone inspired to get involved. It is about having a great culture. Our team feels that and that makes us confident in our ability to solve problems. We certainly face challenges every day in our projects; some things go well and other things go wrong. However, our ability to tackle those things and move forward comes from within. Once we have that internally, it spreads outside of the company. We try to transmit it to the other companies we work with and they see it.

There are companies that tend to take a flagship role for their country. Garnier & Garnier is one of those for Costa Rica. What impact would you like to make on the country?

What is the status of your current projects, and where do you expect them to be in 2019?

Zona Franca La Lima, including its new Corporate Center in Cartago, remains our biggest focus. Additionally, we are also working on the development of phase two of the El Cafetal Corporate Center, in Belen Heredia. We are starting the construction on its second building and we hope to have the third one ready in 2019. A third project of great importance, which is still under development, is the Santa Ana Country Club (SACC). This is a social and sports club that was conceived as a solutions hub, focused on the wellness of those who visit it and on the protection of the environment. It is the only club in Costa Rica that is built with a sustainability criterion, starting from its design stage to its construction. Recently, it became the first private project to receive the Category XV Ecological Blue Flag: Sustainable Construction, for its construction phase. Under this philosophy, it will preserve seven of its eight hectares for the enjoyment of nature, sports, recreation, and relaxation. Its construction began in May 2017 and is expected to end at the beginning of 2019. Additionally, we are developing the new campus of the Universidad Latina of Costa Rica in Heredia, on the south side of the current campus, which has a 1.5ha construction area. It is a five-story building and it is estimated that it will be ready during the first quarter of 2019. We have an upcoming project in front of the national stadium that will be a mixed-use project. We will develop the land for the remainder of 2018. We are back in the hospitality sector after a short break. We have four hotels in the pipeline. It is not a change in strategy; being diversified has always been one of our main drives. We continue to push Hacienda Espinal, which is a project of 130ha for townhouses and residences. We probably will sign our first international deal in 2019 in Mexico or the US.