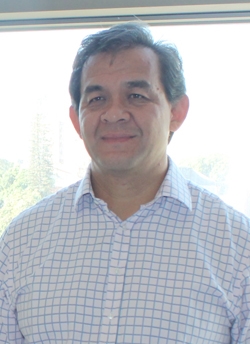 Jerry Mobbs has a 15-year background in management with Augere, Omantel, and Millicom International Cellular. His career has taken him to Bangladesh, Indonesia, Oman, Pakistan, Cambodia, the Philippines, Vietnam, Croatia, Iraq, and Iran in the fixed-line, internet, and mobile businesses. He holds a degree in Electrical and Electronic Engineering from Thames Polytechnic and later graduated in Basic Officer Training from the Royal Military Academy, Sandhurst in 1988. He obtained his MBA in 1995 from the Cranfield School of Management and is currently the CEO of Vodacom Moçambique.

What is the significance of the Mozambican market for Vodacom’s African operations?

Vodacom Moçambique is an integral part of Vodacom Group in southern Africa. Obviously, we are neighbors of South Africa, sharing a land border with it, and are close to Vodacom South Africa, as well as important for the Vodacom group. We are also connected to Tanzania, which is connected to the Congo; therefore, we are a link between the entire international group in southern Africa in physical terms. That footprint is continuous and something that, as a group, we will be looking to leverage moving forward. More and more large companies are entering Africa, and frequently have investments in multiple countries. They seek one multinational company that has operations in multiple geographies to be a one-stop shop providing all their services. On that level, Vodacom Moçambique is an important part of the group.

How has your market share evolved over the past year?

We have been gaining market share over the past year, primarily driven on the back of significant network growth. In 2013, we expanded our network by 70% with our largest-ever investment. In 2014, we have so far increased our network by 50%, which I think will give us the second-largest network in the country, and we certainly cover all the main population areas and are merging into the rural areas. We have also invested heavily in 3G coverage because as data is the future. Every young Mozambican is on Facebook now, so we are going to be part of that trend.

“We have been gaining market share over the past year.”

What are your key priorities for the coming five years?

First, we want to continue expanding our coverage of rural areas, and then we will continue to add 3G coverage to increase access to the internet. After this, we hope to continue growing our M-Pesa offering, as financial services are moving increasingly toward mobile-based solutions due to its convenience and the many unbanked Mozambicans. It is difficult for the conventional banking sector to roll out branches all over the country to reach everyone in Mozambique. We, therefore, complement the banking sector with our coverage in voice, data, and M-Pesa.

How does mobile banking in Mozambique compare to other countries in Africa?

It still has some way to go, and our goal is to catch up with Kenya, which everyone is currently lagging behind. Kenya started three or four years before us, and in two or three years’ time we want to be where it is today. M-Pesa is present, and many use it, as they no longer need to carry cash. Without the need to visit a bricks and mortar branch or cash point, you simply take care of all transactions by phone.

How do you tailor services to your corporate clients?

That largely depends. There are corporate clients that come in at an Africa-level, meaning that they already have contact with Vodacom or Vodafone. We service them as part of that contract. Then, there are companies that enter the country and set up locally to grow their own businesses. Many subcontractors come here, and we do our best to target those customers, too. In terms of corporate customers, we hold around a 50% market share.

What are the business opportunities for Vodacom derived from all the activity in the north?

They are quite simply huge, and much of the network has indeed gone north. We cover all new roads being built, as well as the new cities, towns, and infrastructure being built. It is easier to provide internet and voice coverage using our technology.

How would you describe the existing telecommunications infrastructure?

It is rather good, and once you buy a SIM card here and another in South Africa, you can make your own call using the one offering the better network. When you compare the networks in Mozambique against those in Europe, you find that they are actually quite good. The former gap between the developed and emerging markets is no longer the case. People here want the same quality of service and internet speeds available in Europe, and we have to provide that. Consumers nowadays are tremendously well educated; and if they find the local network poor or slow, they complain. The good thing is that we benchmark ourselves here in Mozambique and also in developed markets, and I think we compare well.

How would you characterize Mozambique’s rate of technology adoption?

A large portion of the population in Mozambique is young. The youth adopt technology much faster than older people. Indeed, the adoption of technology here will continue to be driven by the tremendous number of young people in Mozambique, because they pick it up faster. The potential is massive as about 60% of the population is under the age of 24.