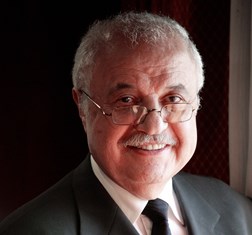 Talal Abu-Ghazaleh founded Talal Abu-Ghazaleh Global in 1972 as a leading global provider of professional and educational services with more than 100 offices worldwide. With lifetime achievements and outstanding contributions to a number of fields, Abu-Ghazaleh is recognized as one of the most influential leaders in the world. He is currently serving his second term as Senator in the Jordanian Upper House. Dr. Abu-Ghazaleh has chaired 14 UN taskforces and initiatives including the UN Global Alliance for ICT and Development, in addition to serving on the WTO Panel of Experts on the Future of World Trade and as Vice Chairman of the UN Global Compact.

Share on:
Talal Abu-Ghazaleh Global aims to apply Finland's economic and education model to Jordan and is doing so by enabling the power of digital economy and spearheading changes in the education and ICT sectors.

What is the state of the knowledge economy in Jordan?

There is an urgent need to transform Jordan into a knowledge economy. Jordanians like to take the US and the UK as role models, but I always compare Jordan to Finland because both have more in common. Both countries have a small population and no natural resources. However, Finland’s GDP is over USD230 billion, whereas Jordan’s is USD40 billion. There is no reason Jordan cannot reach a GDP level comparable to that of Finland’s; we just need the political will and corresponding political decisions. Unfortunately, most governments address short-term issues. In comparison, Finland has decided to address long-term issues and invented the tools to become a knowledge economy. Finland is leading changes in education globally, and adopting its model is the short and long road to success. This is why I established the Talal Abu Ghazaleh Knowledge Forum, which has set a target for Jordan to reach USD280-billion GDP by 2040. We have problems in the economy, including the closure of borders, which has turned Jordan into an economic prison. In the absence of that, the only approach is to go digital, because the digital economy has no borders. However, we have not yet captured the enabling power of the digital economy. IT is a tool, and the knowledge economy is the implementation of that tool for everything in our life. AI is already a dominant technology globally and it will become even more popular. Our intellectual property organization became the global leader for intellectual property protection because we captured the enabling power of ICT.

How does the situation in Jordan fit into a broader global context?

I have issued a warning that we are heading for a major global crisis and possibly a war in 2020. Tensions between the US and China are growing rapidly, which is similar to what was predicted during a seminar I attended at the National Science Academy in Washington DC in 1985. The US’ objective is not to occupy, invade, or destroy China, but to force China to sit in a bilateral meeting to develop a new world order. As a result of this, a global Marshall Plan will emerge that will place this region at the center of the global renaissance, foremost because this area is in the direst need of reconstruction. Second, the region has the financial resources, which will serve the financial interest of the powers involved. If the issues between the US and China are dealt with, we will see great potential for humanity. Another critical piece of the global context is climate change. Over time, climate change has grown into one of the biggest threats to humans; even the US congress is discussing about an existential threat in 12 years. The issue of climate change can be solved with the advent of AI. There are 8,000 AI scientists in the US and 6,000 in Russia, and the solution is to put a team together as AI makes it possible to convert pollutants into non-polluting products in one year.