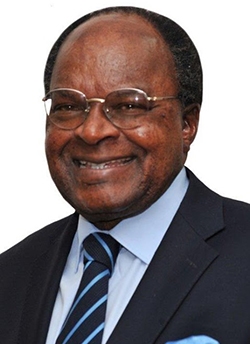 Michael Gondwe was appointed Governor of the Bank of Zambia on December 12, 2011. He had, prior to this appointment, served as the President and CEO of the Eastern and Southern African Trade and Development Bank, commonly known as the PTA Bank. He assumed the position of President of the PTA Bank on March 27, 2001. He had for 15 years served in senior positions in the PTA Bank before his appointment as President. He had worked for the Zambia Industrial and Mining Corporation (ZIMCO) and the Bank of Zambia before joining PTA Bank. Gondwe holds law degrees from the University of Zambia and the University of Virginia. He also holds an MBA from Moi University as well as a Diploma in Finance from the Kenya College of Accountancy. He is an alumnus of the Advanced Management Program of the University of Oxford.

Share on:
"One of the Bank’s key strategic tasks with the objective of raising financial inclusion by 15 percentage points to 50% by 2015."

How would you assess the success of the Bank of Zambia’s (BoZ’s) recent steps to restore financial stability?

Information filtering from the markets indicates that the BoZ has managed to bring the financial system to an appreciable level of stability after facing challenges that included a liquidity overhang in early 2014 and exchange rate volatility during most of 1H2014. These issues were compounded by rising inflationary pressures. In light of these challenges, measures had to be taken to tighten monetary policy by raising the statutory reserve ratio from 8% to 14% in March, followed by an increase in the policy rate to 12% in April 2014. At the end of May, the BoZ extended the application of statutory reserve ratios to government and other deposits that were not already subjected to the statutory reserve requirement. This was in addition to raising the penalty rate on the overnight lending facility and limiting banks’ access to the facility to once a week. Further, commercial banks’ compliance with statutory reserves maintenance was reduced to a daily average frequency from a weekly average. The overall effect of these measures was tighter liquidity conditions and an increase in interest rates, particularly interbank rates. However, these measures also helped to achieve relative stability in the foreign exchange market and moderated inflationary pressures. Following the restoration of this balance, the bank embarked on a process of easing liquidity conditions through open market operations (OMO), a policy that has resulted in the decline of interbank rates to levels consistent with the policy rate.

How have supportive interventions helped to diversify Zambia’s export base?

Supportive interventions by the government in pursuit of diversification in areas such as agriculture, manufacturing, and tourism have been helpful in contributing to the diversification of Zambia’s export base. This is reflected in the high growth rates posted by non-traditional export (non-metal) earnings. The non-traditional export earnings have rapidly increased over the last 10 years from $392.2 million in 2003 to $3,409.8 million in 2013. However, we need to maintain this growth momentum so that non-traditional export earnings have a bigger share of exports, now at just over one-third, than metal exports earnings.

In which sectors and activities do you see the greatest opportunity for growth and export potential?

There are opportunities for realizing growth and boosting exports in several sectors of the economy. Firstly, Zambia is endowed with large, arable, fertile, virgin land supported by positive weather conditions and 40% of the Southern African Development Community’s (SADC) fresh water resources, suitable for the kinds of tropical and sub-tropical crops required for profitable investment in this sector. The potential for floricultural and horticultural products for export is immense. In addition to creating an attractive environment, the government has identified farming blocks, earmarked for large-scale farming, in which the private sector can invest. It is providing feeder roads, communications, power, and irrigation facilities in these regions. Then there is the huge potential for manufacturing based on agricultural produce as inputs, high-value industrial crops for export, and crop-processing plants such as canning factories and oil processing plants. There is also scope for the development of the beef and dairy industry for local consumption and export. Tourism is the second sector of considerable growth potential and for the generation of foreign exchange. The natural beauty and wealth of wildlife in the country have yet to be fully exploited. There are 19 national parks and 34 game management areas totaling 65,000 square kilometers. In addition, there is considerable room for investment in the hotel industry. Thirdly, the opportunities for further investments in the financial sector still abound to enhance competition and promote efficiency in the delivery of services. Since financing is a key factor for increased economic activity, investment in the expansion of this sector is considered to be a catalyst for economic growth and increased exports. Fourthly, the energy sector in Zambia offers potential, with the capacity to generate hydropower from available water resources. In view of the nation’s electricity supply deficit following high growth rates and high regional demand for energy, investment in more electricity generation would spur growth and earn the country more foreign exchange. Construction is also a growing and highly promising sector. As the economy grows, the need for the expansion of infrastructure such as roads, housing, and office accommodation is also increasing, thereby creating investment opportunities for the private sector. For its part, the government has initiated road construction projects such as Link Zambia 8,000, Pave Zambia 2,000, and the Lusaka 400 kilometers road rehabilitation and construction projects, which are expected to create jobs and open up new areas for investment by the private sector. Transport and communications is yet another key sector. Investment opportunities in transport and communications are also available largely due to the size of the country, where people and goods have to travel long distances to well-established population centers as most of the population is in the rural areas. Last, but not least, although the mining sector is the mainstay of the economy, there is still great potential for its advancement. The country has abundant known mineral deposits, about 6% of the world’s known copper reserves, and much of this has yet to be exploited, particularly in the northwestern part of the country. Other opportunities include the exploitation of gold, iron, manganese, zinc, coal, nickel, and gemstones, including emeralds, aquamarine, topaz, opal, and amethyst. Diamond and uranium reserves have also been identified.

What steps is BoZ taking to boost financial inclusion in Zambia, and what are your targets in this respect?

The financial sector has shown tremendous volume growth over time, with total assets increasing from ZMK4.67 billion in 2002 to ZMK45.98 billion by end-June 2014. Despite making significant improvements in all the areas relating to financial viability, profitability, and competitiveness, there are concerns that banks and non-bank financial institutions have not been able to include vast segments of the population into the fold of basic banking services. The latest FinScope survey in Zambia conducted in 2009 indicated that overall financial inclusion had increased by 3.6%, from 33.7% of adults in 2005 to 37.3% in 2009. The level of financial inclusion is now 42% in urban areas and 34.4% in rural areas. This scenario underscores the importance that the BoZ attaches to increasing financial inclusion, which has been adopted as one of the Bank’s key strategic tasks with the objective of raising financial inclusion by 15 percentage points to 50% by 2015. This goal is being pursued through a broad range of coordinated interventions, with a high priority on the following: First, promotion of the delivery of banking services outside traditional bank branches through agent banking or branchless banking using additional touch points such as existing retail stores and petrol stations. In this regard, the BoZ has developed a regulatory framework for agency banking to encourage financial institutions to bring banking services to the currently unbanked in all parts of the country. Second, the continued pursuance of the mobile banking and payment system through mobile phones to lessen the cost and address the barrier to financial inclusion brought about by long distances to access points. Zambia is a sparsely populated country with a population of 13 million people across 750,000 square kilometers. Third, the development of a Unified Collateral Registry that will encourage lenders to accept diverse movable property as collateral for credit such as accounts receivable, livestock, equipment, vehicles, and so on, thereby increasing access to finance, especially for SMEs. Fourth, transformation of the existing uniform Know-Your-Customer (KYC) guideline into a simplified Risk-Based Tiered Framework that allows individuals that currently do not have the required formal identification measures to enter the banking system. Fifth, the implementation of the national strategy on financial education for Zambia to empower Zambians with the knowledge, understanding, skills, motivation, and confidence to help them to secure positive financial outcomes. A Financial Education Coordinating Unit was formed and tasked with the implementation of the strategy and developing an index to gauge the depth and breadth of financial services in Zambia. This will enable the Bank to measure the impact of the interventions implemented to increase financial inclusion on a regular basis.

What is your medium-term outlook for the Zambian economy?

After the liberalization and structural adjustment of the economy in the 1990s, the Zambian economy has strong economic pillars that will make growth endure for some time. This will be supported by the infrastructure development program the country is currently undertaking. There are a number of power plants upcoming, rail and road rehabilitation is progressing well, education facilities are being improved, and new ones are under construction, which include new health facilities. There is a broad-based FDI placement and an increasingly diversified export base. These developments make us confident at the Bank that economic prospects for the medium term are bright. Things are generally looking up in the economy and growth will continue to be robust in the short to medium term.

“One of the Bank’s key strategic tasks with the objective of raising financial inclusion by 15 percentage points to 50% by 2015.”