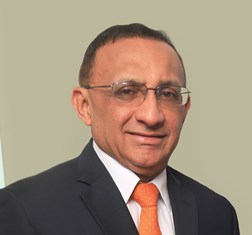 Share on:
TBY talks to Alcibí­ades Vásquez Velásquez, Minister of Social Development, on continuing the work of the Varela administration, helping Panama's most vulnerable, and reaching the goals of Agenda 2030.

How would you evaluate the ministry’s work during your mandate?

If I had to evaluate it first at a general level and then at the level of the Ministry of Social Development (MIDES), the government of President Varela will go down in history as one that has been dedicated to addressing an unprecedented social agenda in the country and taking care of sectors that, for decades, had not been given a response in housing matters. Under the government, some 80,000 new housing units have been added. It is also the first time a government has dared to implement decentralization, and we are satisfied with a government that opted for dialog rather than force. Granted, it has been four difficult and intense years, but when we reach the end of our term, we can point out that we have many things to present to the country. The partnership with the private sector has allowed us to promote productive inclusion, and we are training many women who are heads of families through banks and universities. Of course, I cannot leave out the population with a disability: today, we have more than 20,000 people with severe disabilities whose needs are met through financial resources.

The ministry’s budget is around USD280 million. How do you distribute it?

The budget in 2017 was about USD280 million, and it did not change much for 2018. As for its distribution, USD225 million is destined for investment in human capital and conditional economic transfers, though this is still insufficient. We have had the fortune of having sustained economic growth of 5-6%, which is great, but it is not enough. We must work on these public policies foreseeing the sustainability of the programs because it is useless to do this for two years if the economy recedes. I regret that we have been left too short in terms of infrastructure and would like to improve the service centers, but the infrastructure budget for MIDES is insufficient. However, the World Bank and Inter-American Development Bank have given MIDES a seven-year loan to equip centers for infant care technology.

What is your strategy to cooperate with other ministries on social issues?

From my own experience, I have open communication and friendship with the vast majority of the cabinet, especially those within the social branch such as the Ministry of Health, Education, Labor and Social Welfare, Environment, and Housing. In the same way, we maintain a good relationship with all other ministries.

What are the challenges for the next minister?

The political game is played through social programs, and the population has benefited from these programs, so whoever arrives will have to continue betting on equity and the distribution of wealth. The next minister has to understand that working as a team brings success. Finally, he or she cannot ignore civil society, international organizations, and the private sector; these are our allies for meeting our sustainable development objectives. Panama is showing that Agenda 2030 can be fulfilled even by 2025.

What does it mean for you that MIDES is the most beloved public institution in the country, and what would you like to achieve before leaving?

We take great pride in the public opinion polls, especially since the ministry was in a poor state when we took over. I have experienced the difficulties of poverty in my own life, which is why I know that social mobility is possible. In terms of objectives, I would like to eradicate extreme poverty and help our most vulnerable populations. These things are not done overnight, but we hope that the next government will have the same vocation as ours.