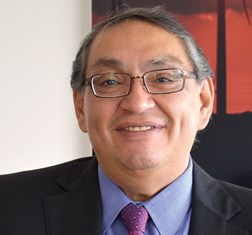 Gerardo Pérez Guerra has over 25 years of experience in the energy sector. He is the former CEO of Acciona Windpower. He previously worked for Siemens Mexico for 13 years.

Share on:
TBY talks to Gerardo Pérez Guerra, CEO of EDF Renewables, on the outlook for the local renewable energy market, the urgent need for better transmission and storage infrastructure, and reaching its 2GW target by 2022.

Your presence in Mexico is expanding, and the projects under construction will almost double your electricity generation capacity. What made this expansion possible?

In 2001, EDF partnered with a company that was already located in Mexico. Later, EDF acquired that company and began to develop some projects in Oaxaca, which are currently in operation. In 2007, we started our first 67.5MW wind project, our second in the country by that time. In 2010, we began developing two 160MW projects, which, by 2011 and 2012, were put into operation. Our consumers are important companies from different fields. One of them is ArcelorMittal, the largest consumer of energy in Mexico. Other customers include Wal-Mart, Grupo Modelo, Herdez, and Continental.

How has the energy reform of 2013 impacted the market for renewable energies?

The reform launched a process of transformation of the CFE, the public power distribution company, which is no longer a monopoly. Users will no longer depend on energy supplied exclusively by the state. This allows competition and promotes investment. The CFE split into 10 different companies, each one focusing either on generation, distribution, renewables, and so on. The diversification of dependencies promotes autonomy and cooperation among the public companies it has diversified into. There is now more competitiveness, strategies, and manufacturers, which helps develop the industry as a whole.

Is the lack of transmission and storage infrastructure still an obstacle for renewable energy companies?

Are local financial institutions in general eager to invest in renewable energy projects?

Yes, as long as the project is profitable and sustainable, the financial sector backs us. Some funds are looking for short-term returns, but we cannot offer that because of the nature of our projects. Banks are eager to invest in long-term projects like ours because they see it as a safe investment.

The goal of 2024 is ambitious but achievable. On one hand, the infrastructure has to be created. On the other, there are risks associated with the construction of projects in specific areas related to social movements, environmental specificities or security in the case of “red” regions because of conflicts that may hinder or slow down the development of projects and investments.

What is your outlook for EDF in the year to come?

The strategy until 2024 is clear: we want to have around 2GW by 2022. To date, we have 800MW, so we have to generate 1,200MW in the next three or four years. In the third auction, we hope to obtain 200 MW, but in the following, our bid is stronger and is for 400 or 500MW. The electoral issues complicate next year, though we hope that the upcoming auction will be advanced by January. This could mean that it will be possible to bid and announce winners before 2019. In the future, prices will get more aggressive because of decreased capacity and high participation in the market.