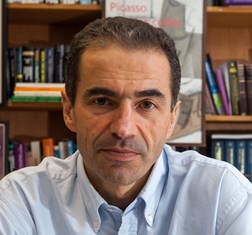 Prime for the Future

Manuel Heitor has been Minister of Science, Technology & Higher Education of Portugal since 2015. From 2005-2011, he served as Secretary of State for Science, Technology and Higher Education. He is a full-time professor at IST, the engineering school of the University of Lisbon, and founder and Director of IST’s Center for Innovation, Technology and Policy Research. In 2011-12, he was a visiting scholar at Harvard. He earned a PhD at Imperial College, London, in combustion research and did his post-doctoral training at the University of California San Diego.

What have been the main highlights and achievements of your mandate to date?

There has been an effective process of European convergence since 2016. Our notable accomplishments include growing the budget allocation for public higher education institutions by 10% between 2016 and 2019 from EUR1.002 billion to EUR1.105 billion, with the total number of students growing by 5% between 2015 and 2018, from 356,000 to 373,000 in the public and private sectors. The number of students enrolled for the first time in public and private higher education institutions grew from around 87,000 in 2014/15 to more than 103,000 in 2018/19, including more than 9,000 students in short vocational cycles. In parallel with the implementation of the Study and Research in Portugal program, the number of foreign students increased by 48% from 2014-2015, representing about 50,000 students and 13% of those enrolled. Funding for the Science and Technology Foundation (FCT) increased by 24%, from EUR490 million in 2016 to EUR621 million in 2019. The number of new PhD grants supported annually has grown from 971 in 2015 to over 1,600 in 2018/2019, in parallel with the implementation of the Scientific Employment Stimulus Program, which includes the execution of at least 5,000 more doctoral researchers’ contracts until the end of the legislature. As well, the number of social scholarships in higher education has grown from around 64,000 in 2014/15 to more than 80,000 in 2018/19.

How do you see Portugal’s regional and global leadership in the IT start-up culture?

National short, medium, and long-term strategies for the development of digital skills were set out through the National Digital Skills Initiative, so that by 2030, approximately nine out of 10 citizens are frequent users of the internet. We also increased the number of IT experts in companies by 50%. These strategies include, among other aspects, providing support to creative communities in the area of inclusion and close interaction with the local and regional administrations; supporting teachers in the progressive and systematic modernization of the education system working closely with the Minister of Education and related central and regional administrations; establishing regional networks of qualification and digital specialization, namely through partnerships between polytechnics, local administration, and companies in West-Leiria, Cavado and Ave, Nordeste Transmontano-Bragança, Castelo Branco, and Setúbal-Palmela; the establishment of a national AI strategy, with the specific involvement of the public administration, R&D centers, and companies; and the development of advanced forms of computing, including the creation of the Minho Advanced Computing Center (MACC).

What is the balance between the private and public higher education sectors?

The number of doctoral researchers in companies conducting R&D activities benefiting from fiscal support has increased by 30% since 2015 and by more than 10% between 2016 and 2017, showing a clear fiscal policy in support of R&D and innovation. The number of R&D companies benefiting from financial assistance to hire doctoral researchers has increased by 37% since 2015, including some 290 companies in 2017. The hiring of researchers by companies grew by 11% between 2016 and 2017, while the number of researchers in the active population grew to 8.5% in 2017 compared to 8% in 2016 and 7.4% in 2015. The number of full-time researchers in higher education has grown by 9.5% since 2015. In addition, the territorial densification and institutional diversification associated with a polytechnic’s valorization and modernization strategy, as well as an innovation strategy and to support the growth of more and better jobs, included the creation of 21 new collaborative laboratories in 2018 under the scope of the Interface Program, after an international evaluation and collaboration between companies, R&D units, and higher education institutions. This includes a five-year public investment of around EUR50 million aimed at stimulating economic and social development in all areas of knowledge, from agricultural production to digital transformation of industry, and including critical sectors such as cement, production food, space, or forests, considering critical technologies such as AI. œ–