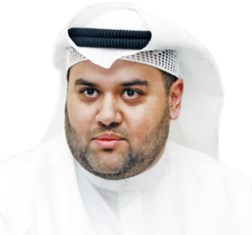 Share on:
The Kuwait Times, long the main source for information about what is happening in the country, is undergoing a digital transformation.

What has been the evolution of printed newspaper consumption in Kuwait in the past five years and how are you adjusting to the new trends?

Traditionally people would turn to newspapers to know what is happening in the world. Since the introduction of digital media, the biggest challenge printed media has faced is the fact that news spreads instantly online and is immediately updated and available to readers. So, by the time the newspaper had published the latest football scores, readers already knew who won the game. The challenge of immediacy presented by digital has led us to evolve in terms of depth and analysis. We may not break the news, but we understand more fully and with more depth what the news means and that’s the added value we give to our readers.

We have added a slate of digital platforms including social media, website, YouTube, and WhatsApp to appeal to younger readers. In fact, we’ve gained readers across a range of interests thanks to our digital presence and growth.

Newspapers used to be the preferred platform for companies to advertise themselves; what noticeable changes have you observed in that regard in the past two years?

Global ad spending for print has drastically dropped. We have suffered like all print media in Kuwait, the region, and the world, but we have also diversified our platforms to take advantage of digital advertising dollars.

The Kuwait Times is the most widely read Kuwaiti newspaper in English; to what extent did that increase the country’s exposure on the international stage and raised the interest about Kuwait?

To what extent is the Kuwait Times trying to be more environmentally friendly in its printing activity?

We recycle all returned papers and all our printing paper is recyclable. We also encourage our readers to use the PDF version of the newspaper online and via WhatsApp to reduce paper usage.

Digitalizing the Kuwait Times has positioned us to compete in a wider field that includes regional and international digital media. Therefore, the competition is greater but so are the opportunities. I am positive on the outlook for Kuwait Times as a leading media outlet in Kuwait and the region.