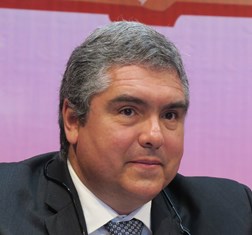 What makes Monterrey and Nuevo León so successful?

LORENZO GUSTAVO AGUILAR CAMELO Monterrey, Nuevo León, is an industrial destination by nature. The working culture in Nuevo León is more than 150 years old. The “regiomontanos” are not only those who were born here but also those who migrated to Nuevo León. Just as many people dream of going to the US, there are many Mexicans who dream of coming to Nuevo León because it offers them more opportunities. Nuevo León has been a state and Monterrey, specifically, a city that has had a bigger and faster economic growth than the infrastructure. Fortunately, advancements are being made and the current federal government announced a joint project with “Metrorrey” to build a new railway to connect the city from end to end, which will make the city even more competitive and more attractive for living.

DAVID CABALLERO SÁNCHEZ The government of Monterrey has done decisive work in the regulatory improvement of the processes. In October 2017, we started the roll-out of the System for the Rapid Opening of Companies (SARE) that allows micro-, small-, and medium-sized enterprises to be opened in only three days by granting licenses for building purposes through a unified application. This allowed companies to overcome bureaucratic and legal obstacles regarding the setting-up of a business in Monterrey. As a result, the procedures, the time, and the cost involved in the creation of a company were streamlined and improved. We now have a more favorable regulatory environment, which has a positive impact on business in the city and the attraction of domestic and foreign investments.

What new initiatives do you have in place to support further economic growth?

LGAC We have planned a visit to China, specifically the Zhejiang region. It is the Chinese province that resembles Nuevo León, as it is extremely industrial, with strong work culture and technological development. Nuevo León is home to the Hofusan industrial park, a project by two large Chinese companies and other partner shareholders from Nuevo León. There is space for more than 100 companies focused on Chinese investments. It is the first Chinese industrial park in Mexico. We currently have around 240 companies in our investment portfolio. On top of that, we have excellent prospects from other Asian countries, such as South Korea and Japan. As there are important companies already established here, suppliers from those countries also come to best serve their clients.

DCS The Municipal Development Plan 2019-2021 of Monterrey, aligned with the employment and economic stability strategies, focuses on strengthening the attraction of investments, opening of new businesses, consolidating and developing companies, enhancing the positive impact on the labor market to generate more and better-renumbered jobs, and strengthening the tourism profile of the city. We are developing new initiatives such as Impulso Regio (Microloans), job fairs and employment workshops, training for self-employment, entrepreneurial coaching, incentives, business events, and commercial missions, among others.

What has been the feedback from foreign companies established in Nuevo León?

LGAC As part of our new area of “aftercare” services, we seek to also pay attention to those already based here. We have noticed interesting trends, and one of them that plants in our state tend to outperform. For example, Lego has four manufacturing processes, and the only factory in the world that has all four is Nuevo León. Carrier has five plants in Nuevo León, and all five of them have received awards for their performance. Kia opened a factory a few years ago, and it has become the most productive in some areas.

What role does attracting foreign companies play in the revitalization of downtown Monterrey?

DCS The municipal government has become an active promoter of urban development through new collaboration schemes that stimulate private investment needed the most. Downtown Monterrey is being regenerated according to the urban development plan. Work is also being done to attract national and foreign companies so that they can settle in this area of the city. We will do the above together with entrepreneurs and a wide range of chambers of commerce. We will carry out commercial missions within and outside the municipality, support investors with procedures and services, and manage the granting of municipal incentives.