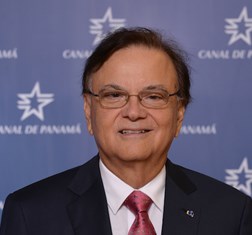 Roberto Roy is the Minister of Canal Affairs and Director General of Panama Metro. He holds a degree in mechanical engineering and a master’s in industrial management from the Georgia Institute of Technology. He also has a degree in civil engineering from the Universidad Santa Marí­a la Antigua. He was President and founder of Ingenierí­a R-M and Affiliates, established in 1975 and one of the largest construction groups in Panama. As a member of the Blue Ribbon Engineering Committee (BREC), he recommended improvements to the waterway (1996-98), which finally led to the Panama Canal Expansion Program.

Share on:
TBY talks to Roberto Roy, Minister of Canal Affairs and Director General of Panama Metro, on changing people's lives for the better with the metro, upcoming expansions, and setting out targets for 2019.

How will the Panama Metro reshape the infrastructure landscape of Panama, and what is its importance for the country?

The long-term view for the Metro is a total of seven or eight lines, depending on certain factors. However, we are talking about a fairly robust network and have done the planning for this through 2040. The first line was a USD2-billion investment since there was an 8km tunnel. Line 2 is longer than the first, at 21km, and will have 16 stations and 21 trains of five cars each. We have been increasing ridership for the whole metro and are now at double the expected number of daily passengers. For Line 1, we originally calculated around 140,000 daily passengers, but we have days with nearly 300,000, and the average is hovering around 280,000. This has made us place an order for additional cars. We are buying 70 new cars for Line 1. This purchase will be for both Line 1 and to cover extra demand for feeding passengers from Line 2. We are changing the fleet from trains of three to five cars each, thus increasing the capacity of each train considerably. We hope we can cope with the increasing demand: the metro is the number-one entity in public satisfaction. We are always above 80%, which gives us a great deal of happiness. We are proud to have done something that has really changed people’s lives for the better in Panama.

How are you working to instill a metro-related culture and promote its use?

This is one of our strong points even though it has never been done before. We have a program called Metro Cultura that has many different facets. There are free concerts in the metro on some Saturdays, which people have really taken a liking to. We also have installed free libraries where one can pick up and drop off books. This was done in alliance with the Lions Club and has been successful. We also bring poor kids from the countryside who have never seen a metro to the capital, give them a free ride, and teach them about how we built it.

What are some of the challenges and obstacles you face on a daily basis?

We are running Line 1 right now and finishing the second and starting the third at the same time. We started Line 2 a year and a half ago, and line 3 is even longer and will go over the upcoming fourth bridge over the Canal. Line 3 is 2.5km long and will be a monorail instead of a normal train because there are many hills. Our metro is the only one in Central America, and the monorail will be the only one of its kind in all of Central or South America, except Sío Paulo. This is a robust Hitachi monorail with the latest technology and the biggest model. We consider this project a case study; it is important for us and for the Japanese International Cooperation Agency (JICA). Japanese Prime Minister Abe has been helpful, not to mention our own President Varela. We will publish the TDRs for the seven pre-qualified companies in the coming months and will then have a period of about six months for participants to submit their proposals. We hope to award the contract to the winning contractor at the end of 2018; construction should start in 1Q2019.

What are your main targets, ambitions, and goals for the coming year?

Our immediate goals are to finish line 2 and the bid for the extension to the airport. The Panama airport will go from 13 million passengers to somewhere closer to 18-20 million passengers once the new terminal is open; we must capitalize on this. The immediate goal is to finish line 2 and the extension to the airport, and ideally finish Line 3 by 2023.