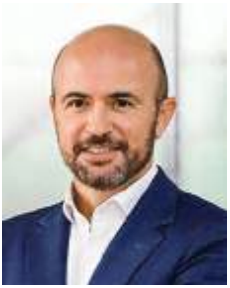 Rafael Guinea Mairlot is an industrial engineer from UPMadrid with an executive MBA from IE Business School. He is Managing Director of Tirme S.A., president of the Spanish Association of WTE Plants, vice-president of the European Confederation of WTE Plants (CEWEP), and a member of the Spanish Federation of Circular Economy. Prior to joining Tirme, he worked for more than 10 years as a renewable energy project manager at Endesa.

Tirme has been working in the sustainability field and the circular economy on the island of Mallorca for 30 years now.

How has Tirme managed to make Mallorca “greener,” and what is the significance of your work in the current context?

Tirme was born out of the concern of the local government of Mallorca to advance in sustainability at a time when the issue of sustainability was not yet on the table and only really a concept. Being on an island makes us realize quicker than other places the negative impacts generated by people. Consell de Mallorca took a decision to close the different landfills for waste, of which there were about 50, and centralize waste management in order to transform materials into energy. At that time, Mallorca did not have electrical connection to mainland Spain. There was an opportunity to solve a problem and take advantage of an opportunity to generate local energy and close down the uncontrolled landfills all over the island. That was the mission of Tirme, which operates as a public concession, with the philosophy of going beyond our mission and trying to anticipate the future of the regulations and what the environment needs. Today, Tirme is pushing for the Mallorcan economy to move toward a circular economy and greater sustainability. Through our mission of zero waste, Tirme has become the largest producer of renewable energy on the Balearic Islands; however, the situation needs to improve, as we only make up 6% of renewable energy on the islands. Tirme is an important actor, though in the end just one more actor. The important thing to develop the circular economy and improve the world we live in.

How would you describe the relationship of Tirme with Mallorca’s tourism sector?

All the waste generated in tourism comes to us in the end, and we seek to provide the highest value, continue to reduce plastics, and recycle what cannot be reduced. In addition, we have had a longstanding relationship with organic matter, which makes up about 40% of the waste. It is the product that is circular by definition. In this regard, Tirme has a project called Finhava (finite). We are working with several hotel chains that are working intensively on the environment and are extremely concerned about reducing their footprints. We place smart containers in these hotels, and we measure the amount of waste that the hotel produces and the organic proportion of that, and the relevant data is sent to our cloud. We know for each ton of organic matter how much compost we produce and sell to specific farmers, and we have been measuring for years their production levels of different products per hectare for each ton of compost they apply.

Taking into account European funds, how can the transformation to sustainability be accelerated?

The European funds open the door for new test projects that might work at same level of expectation than Tirme. In addition, there is an opportunity to embrace digitalization to see, for example, where the secondary raw materials that we produce end up and how we get that circularity to return as a product. Digitalization should allow us to better track all this.

What is Tirme’s outlook in the short term?

Tirme has two major lines of work. One is the circular economy, and here our priority is to better interlink the network and look for partners with whom we can not only treat the waste and return it to an anonymous system, but also to ensure that these raw materials really gain circularity. The other one is the carbon footprint. Our system has managed to reduce the carbon footprint of waste management in Mallorca by 60% in the 30 years that we have been operating, so we have already met the objectives of the EU. Our goal is to reach neutrality before we are asked to do so. Apart from that, Tirme is working on green hydrogen production through microalgaes, which is one of the projects to push and help the society of Mallorca.