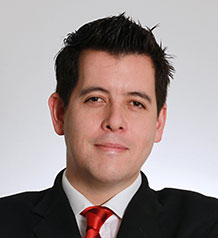 Jason Lo was new to the telecoms business when he became CEO, going on to roll out its commercial services. He was educated in Singapore and the UK, obtaining a degree in accounting from the University of Hull and an MBA from Webster University in the US.

Share on:
"There was a major correction in the telecoms market last year and rates were cut across the board."

How has your business advanced over the last year?

There was a major correction in the telecoms market last year and rates were cut across the board, which created a little panic midway through the year. But, while everyone else was correcting 5-10% on average, we hit 4% at most and then corrected. We have a long-standing relationship with our dealers, a strong brand, and we have grown in terms of technology. We consider last year to have been our year of innovation. Among our new programs is an augmented reality (AR) program that is about to give birth to a Counterstrike-type game, using and commercializing points. The points you earn using Tune Talk products are commoditized, and they can be used to buy a coffee or at McDonalds. AR will become increasingly prevalent in mobile devices, so we’re preparing for that. We are also working on a linear TV station, called CrapTV. We think linear TV will never go out of fashion, which is why we are still focusing on that instead of video on demand. We are a small outfit, so to carry 1.5 million subscribers has to result in some internal structuring that best utilizes our resources and time. Furthermore, we are the dominant sponsor of the Paralympic contingent and we want to have an impact on the Para-games in Malaysia. We believe in building communities and Tune Talk has successfully created a community based on both music and MMA, with which we are in our fourth year of cooperation. It’s been a successful year overall and the group has been growing firmly with incredible numbers. Tune Hotels and Tune Protect are going from strength to strength as well.

How do you horizontally integrate different services under the Tune umbrella?

If you are booking a flight with AirAsia, you get a personal ID. Across the group, wherever you use services, you accumulate points under that ID. You can use those points for the redemption of flights, at hotels, or use it online to buy apps. It pays off if you stay loyal to Tune Group. This is a competitive field, so we decided that instead of going for the numbers, we wanted to go for quality and depth, building communities where we evoke emotional responses and associations.

Tune Talk has managed to capture a user base of 1.5 million. How do you attract and retain customers in a crowded and highly competitive market?

We were targeting the young market and young male adolescents in general, because they are usually the technocrats in the family. The son is the one saying the Samsung Galaxy VI will be the next best thing, whereas the rest of the family generally follows suit. So we target them, and that’s where our video gaming comes in, because it appeals to them. The son makes the mobile technology decisions for the whole family, because he’s the one interested in the technicalities of it all. That’s why we are male oriented, even though 56% of smartphone users are women. We have aligned ourselves in a way that touches on these trends and the cultural, social characteristics of Malaysia, and it worked well for us. You have to be brave in your decisions, you have to be astute, you have to read the market and trends, and you have to be ready to take risks, because it is a risky business after all.

You have launched something called 8G. What is the technology behind that and how does it work?

We wanted to raise eyebrows and that’s what is behind the name, which I admit is very bold. When we launched CrapTV, we needed a platform that could support it and amalgamate everything through it. We incubated the most powerful piece of technology I have ever seen. It’s like running out of highway and becoming a hovercraft. It’s system agnostic in that it can work with anything, 3G, 4G, CTE-A, and so on. The machine is in the cloud, and it is truly groundbreaking. We even had it patented in Japan, which is the toughest patenting office in the world. It will be a potential sea change and so we pushed it forward to offer people the experience of 8G. Instead of dividing and fractioning bandwidth into smaller and smaller chunks as users grow, 8G does not compromise on speed and power, by maximizing the efficiency of spectrum use. The robustness of multiple networks working together is unbeatable, providing an extraordinary experience. You can do a lot of things at once. Essentially, it is 4G plus 4G, but 8G raises eyebrows. An economy’s true infrastructure is in how you handle the spectrum, rather than roads and bridges.

Last year you announced you were considering international expansion, starting with Thailand. How are these plans developing?

A lot of this came during the time of the development of the 8G project, which is probably the best way to get into other markets and countries without having to go through the whole rigmarole of licensing and compliancy issues that a lot of countries have. Many people don’t quite understand how to handle the MVNOs. They’re suspicious that they can be cannibalized. The role of the MVNO is to serve their potential customers better. When we were negotiating years ago, we talked to everyone, including Maxis and Digi, but neither were suited at the time. So we went with Celcom, which trail blazed the MVNO market. Thailand is also in a constant state of flux, with large consulting firms advising the authorities in Thailand on addressing MVNOs, which basically aims at heavily monetizing them to make them pay for a network that was built for customers that don’t exist yet. You cannot change these markets overnight and you have to wait for the quiet opportunities that others don’t see immediately. The compliance and regulatory frameworks have to challenged and set up accordingly. Right now, Iran is looking very interesting and we are negotiating to move in there.

This will be an interesting year because of the new application launches. AR is growing, which is a data-intensive service. We anticipate that more consumers will use it on mobile devices, with larger data packages as a result. Tune Talk will be the first mobile provider delivering fiber-like speeds with an unchallenged robustness.