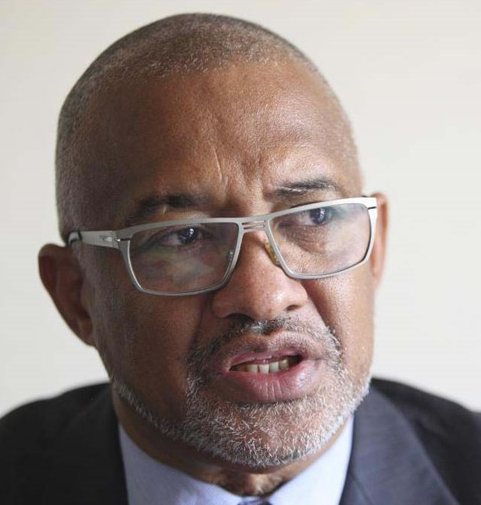 President, Association of Hotels and Resorts of Angola (AHRA)

Ramiro Manuel Barreira, a journalist by profession, studied economics and law. He was previously a high-ranking official at the Ministry of Planning, a diplomat in Spain, France, and Portugal for 12 years, consultant to the Minister of Foreign Affairs, president of the board of directors of Rodomerk Int, LDA, and secretary general of AHRA. He is currently a businessman in the hotel sector, President of AHRA and the Angolan Federation of Motorized Sports, a member of the Economic and Social Council (CES), and a consultative body of the President of the Republic.

AHRA was founded in 2016 to develop the tourism sector and aid with the diversification of Angola’s economy.

What has been the evolution of AHRA since its foundation?

We have had a rapid and significant evolution over the past five years. AHRA began work with the strategy of establishing itself as a strong, credible institution that works to help hoteliers that identify with our approach to the sector. Today, AHRA brings together most of Angola’s hoteliers. We have a large hotel sector, with 235 three- to five-star hotels and in 2020 we will most likely add four additional five-star addresses. We also have apartments, guesthouses, and motels, which comprise around 1,700 units in total. In Africa, Angola has a vast value chain in the hotel sector and notable structural weight. Our supply of beds is great, exceeding 40,000 per day; however, we have to work harder to bring more tourists to the country. Internally, AHRA has also been working hard to organize the segment and, naturally, to create conditions for tourism to be integrated into the entire hotel chain itself, because if there are no tourists, hotel conditions also suffer and fail provide service to the expected standards. That is why we advocate sustainable tourism in Angola. We have worked considerably with the government, and in addition to being president of AHRA, I am also a member of the Business Technical Group and the President of the Republic’s Economic and Social Council. I have the responsibility of boosting the development of tourism in Angola. Angola has always considered oil to be the fundamental resource. Today, we are changing the country’s development strategy. There are other important economic sectors, such as agriculture, but we have to take tourism into account as well.

How are you supporting the hotels to increase the supply of beds in Angola?

My greatest concern is for an increased number of international tourists, such that existing hotels achieve a significant occupation rate. We are far from our objectives, since the country is not yet geared toward tourism. We have to create conditions for people to visit in the first place. Ours is a country with vast natural resources and enormous tourism potential. You can opt for beach and sun tourism, ecotourism, sports tourism, bird-watching tourism, safaris in natural parks. It is, therefore, necessary to transform tourism potential into an appealing product to attract international interest.

What else can be done by public institutions to attract more international tourists?

We have always recommended that the government open the country up to international tourism by facilitating the issuance of visas. We also need to work with many international travel agencies to effectively sell a positive image of Angola. For example, while we are currently recoiling from COVID-19, under normal conditions, Luanda is an appealing cosmopolitan city.

What initiatives did AHRA deploy to support its members during these difficult times?

We made clear proposals to the government in order to support the hotel sector and introduce fiscal measures to alleviate the impact of COVID-19, which severely dented the hotel sector. In the provinces, there are hotel units whose occupancy rate does not exceed 10%, while others are closed and awaiting better days. On the other hand, there are hotels in Luanda with high occupancy, due to oil sector activity. In general, AHRA continues to work to find the best ways to help reactivate the units that have closed, finding governmental support for those who are still working in a very difficult situation, or even making a loss. After COVID-19 I foresee a boom. President João Lourenço has initiated structural and macroeconomic reforms. These always bear social costs, because the focus is on the productive and not on the social sector. Yet Angola’s reforms are being monitored by the IMF, and are structural reforms geared at stabilizing the economy and adapting state structures to national development needs. The simultaneity of the reforms and COVID-19 has been disastrous for the country, and we estimate that 80% of the hotel sector has been affected.