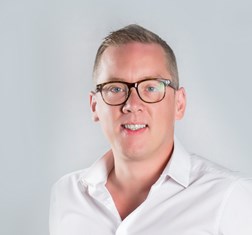 Ready for a Close-up

Mark Satchell joined RAZ Group as CEO of SQUARES in 2016. He was appointed Group COO of the All Entertainment Group in 2019. He was previously the regional general manager for Live Nation Entertainment in the Middle East and operations director for Saudi Aramco’s King Abdulaziz Centre (Ithra). He has extensive executive experience in the entertainment industry in the UK. He graduated with a degree in professional acting.

Share on:
AEG is key to Saudi Arabia's goal of transforming itself into a world-class destination for sports, music, and other live performances.

AEG manages a diverse portfolio of companies in the family entertainment and event sphere. Could you give us an overview?

MARK SATCHELL In 2016, Saudi Arabia introduced the General Entertainment Authority (GEA), which has done fantastic things. It has put Saudi Arabia on the map as a serious contender when it comes to international entertainment. At the same time, it has done it respectfully and has not gone too far over the line too quickly. It has been a gradual process. Thus far, there have been events like Formula E racing, with live acts like The Black Eyed Peas and David Guetta. AEG identified a significant gap in the market, as most international events were brought in together with the entire supply chain. During the buying process, we were not necessarily getting the best service that should be delivered to the people of Saudi Arabia. Next, we decided to bring in companies to form an entertainment group to assume full control over costs and, more importantly, quality. We strive to provide the best experience for ticket price.

RIYADH AL ZAMIL For us, it is not just about making money, but rather about having an actual social impact and taking the opportunity to improve lives—that is what we want to be our legacy. There are many new companies in the entertainment sector, though we are truly local. We have 10-15 years of experience. We understand it is not just about the show, but also about the entire supply chain, including construction, manpower, crew, audio/visual, and food and beverage. We believe in importing expertise rather than re-inventing the wheel.

What are your upcoming plans to create shows and events with a strong local presence?

MS Moving forward, we believe in a mix of getting shows from inside and developing local talent. We even believe we can bring a Saudi show abroad, for which we have the Saudi Orchestra performing ‘Sixties until Now,’ a musical with all sorts of dances and music since the 1960s. There is a conductor, several actors, as well as a narrator who brings the story together. Now, Kuwait, Dubai, and New York are asking for it. It will be the first local Saudi orchestra to go international.

How do you create and organize your own shows and events in Saudi Arabia?

MS The important thing to remember with creativity is to never squash it, as restraining creativity is a silly idea. At AEG, anyone can come to us with an idea. Sometimes, the most bizarre ideas turn into the most beautiful products and shows. That said, we are not interested in creating pure entertainment, as we would like to create something with a message and social relevance.

RAZ When it comes to the supply chain, we have built up an ecosystem of sister companies to support any new initiatives. AEG is part of RAZ Group, which is essentially an empowerment company with around 90 entrepreneurs who founded and developed their company under our holding. We aim for synergies and provide mentorship and consultation where necessary. When they are up to speed, entrepreneurs can become sub-contractors, or we can partner in another way. Generally, we do not believe in competition in our sector; rather, we find ways to collaborate.

What can we expect in the coming 18 months?

MS In terms of international content, there are some extremely famous brands that will come to Saudi, hopefully by the end of 2019. We also have a strong focus on creating more content locally that will eventually get to the outside world. The orchestra is a great example of that content, which we aim to take to the Association of Performing Arts Professionals in New York City in January 2020. If we go next year, I believe it will be the first-ever Saudi show outside the Kingdom. œ–