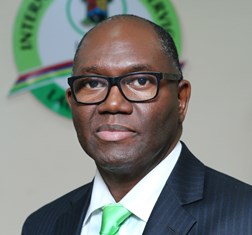 Hamzat Ayodele Subair holds a bachelor of arts in economics from Metropolitan University of Manchester and an MBA from the University of Lagos. He started his professional career at Price Waterhouse in 1982, and in 1987 he joined Hamzat Subair, Folami & Co as Manager and later became the Managing Partner. He is a Fellow of the Institute of Chartered Accountants of Nigeria (ICAN) and Chartered Institute of Taxation of Nigeria. He is also an Associate of the Business Recovery & Insolvency Practitioners Association of Nigeria (BRIPAN). He has sat on the board of various government and non-government institutions, firms, and associations, including being the chairman of an insurance company.

Share on:
With its improved quality of service delivery, improvements in the use of IT, and a successful campaign to educate the public, LIRS is truly a model for other states to follow in terms of tax collection.

What measures and policies has LIRS implemented in recent years to improve tax collection?

LIRS was established in March 2006, through the presentation of a bill to the Lagos State House of assembly and subsequent passage of the Lagos State Revenue Administration Law, making the then Board of Internal Revenue autonomous and self-accounting. The autonomy had a significant impact on revenue, bringing about an increase from an average of NGN600 million monthly to NGN30 billion. This was largely due to improved quality of service delivery to taxpayers, improvement in the use of IT and other modern methods of administration in tax collection, and an unprecedented campaign on tax administration and education. We also invested in training and development of staff.

Is Lagos’s e-payment system and automated processes unique to the local environment?

Lagos really stands out in this regard. We are almost like an academic institution for some other state tax authorities in Nigeria. All payments made to Lagos State Government can be viewed real time, with payment history securely stored for future reference. This was reaffirmed by a pronouncement by the Governor of Lagos, HE Akinwunmi Ambode, mandating that from April 2018 onward, all payments in Lagos must be electronic. We were already at around 80% electronic payments, but this executive order changed the landscape completely as automation promotes transparency and has helped build trust and confidence.

How would you explain Lagos’ success in tax collection compared to the rest of the country?

We have been blessed with excellent leadership in Lagos State. Additionally, we were forced to think outside of the box for the purpose of revenue generation. In fact, in Lagos, we say there is no box, and we are willing to implement any strategy or reform that will improve our effectiveness and efficiency. We have had governors who are passionate about turning the state into a leader in not just Nigeria but Africa. They have a vision for Lagos and a matching passion for its sustainable development, which makes life much easier. The state has a number of ongoing projects, and government is working to develop every part of Lagos. Many of these projects are only possible with the money we have been collecting in taxes. For most states, there is a ratio of 90:10 between the allocation paid to them from the federal accounts and internally generated revenue (IGR). In Lagos, however, the reverse is true, with the federal allocation being only 25% and IGR 75%.

On a federal level, what does Nigeria need to do to improve tax revenue?

Because of the oil price dip, budgets allocated to the states from the federal government have dropped, forcing many state governments to start thinking about developing their revenue authorities with the view to increasing their internally generated revenue. More states are starting to seek the autonomy that LIRS has had in Lagos for about 12 years. Governors have started to give heads of states’ internal revenue services more freedom, which reduces bureaucracy and allows for greater strategizing and creativity. The state second to Lagos in revenue generation collects approximately NGN7-8 billion monthly, and we have many others generating less than NGN2 billion monthly.

We want to widen the tax base and expand the tax net for high-net worth individuals and the informal sector. We are investing more in technology as well. We are developing a tax administration solution by which taxpayers will be able to interact with the platform from the ease of their offices or homes. We also plan to harness our integration with other state government agencies such as the department of motor vehicles, the Lands Bureau, Land use charge, and so on to verify incomes against vehicle and property purchasing habits. Lastly, we will move into a larger office acquired by the state. We are extremely excited about everything that 2019 has to offer.