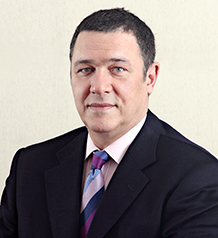 As well as being actively involved in business development at the company level, Mehmet Kutman serves on the boards of directors of several of Global Investment Holdings operating subsidiaries and affiliates, including Global Port Holdings, Ege Ports, Port Akdeniz, Bodrum Cruise Port, Izmir Port, and energy sector companies involved in natural gas distribution and hydroelectric power generation. He also serves on the board of directors of Alarko REIT, a BIST-listed real estate investment trust. He is a member of the Turkish Industrialists’ and Businessmen’s Association (TÜSİAD) and the Foreign Economic Relations Board (DEİK).

Share on:
TBY talks to Mehmet Kutman, Chairman of Global Investment Holdings, on the economic and investment outlook in Turkey.

How do you evaluate the financial performance of Global Investment Holdings in 2014?

We did well because we expanded internationally, adding five new international ports to our portfolio and becoming the largest cruise port operator in the world. We also more than doubled our compressed natural gas business, which is now ready to embark on international expansion. We have also sown the seeds of future growth by completing value-enhancing investments in our mining business, which will move us up the value chain.

How can Turkey collaborate with a slow EU economy?

EU countries will remain Turkey’s top international trade and investment partners for decades to come. Despite political ups and downs, the levels of collaboration have steadily increased. In terms of defense, we have been together in NATO for more than 50 years. There are also numerous areas in foreign policy, counter-terrorism, and immigration where Turkey and the EU are consistently cooperating. Over the past decade, Turkey has also adopted many of the standards and best practice criteria in EU legislation known as the acquis communautaire. Yet today, we recognize that there are two major issues. The first is that Turkey’s accession negotiations have stalled. And secondly, the EU is in a serious economic crisis, which is in the process of spreading to Turkey. I will leave politics to the policy makers on both sides, but in terms of business I see a strong role for EU-Turkey cooperation, especially during these troubled times. I believe that the EU-Turkey trade relationship can be deepened by including construction services, agricultural products, free trade with third countries (especially with NAFTA), and increased visa-free mobility for Turkish citizens and vehicles into the current Customs Union framework. I see four areas of natural advantage that should be built on. With an advantaged energy supply position, low real interest rates, and a young, productive, and competitive labor force, Turkey can become a base for EU companies to manufacture energy-intensive products. Secondly, Turkey’s proximity to the EU and strong logistics fleets also mean our country can expand its role as the flexible and quick top-up producer in the value chain, e.g. for textiles or auto parts. Then, in neighboring developing markets, Turkish companies offer a distinctive product and service mix that can be a real alternative to the EU’s often over-engineered and over-priced product/service mix. This offers grounds for EU companies to use Turkey as a launch pad to grow in third countries. Finally, Turkey is on its way to becoming a world-class hub for natural gas and for passenger air traffic.

What is the reason behind the strong interest in Turkey as an investment destination?

Turkey is an attractive large market, centrally positioned, with business-friendly legislation, a growing middle-class consumer base, and consistent growth. Yet today, much of the interest also stems from the fact that international investment yields are close to zero, and the loose monetary policies in large OECD countries mean that there is excessive money in the market. This era is fast coming to an end; therefore, the level of interest in Turkey is not likely to remain constant. I believe we have to succeed in completely reforming our legal system. With that and other reforms announced by the prime minister, there is no doubt in my mind that Turkey will rank as one of the most attractive emerging markets to invest in for the next decade.

How do you envision Turkey’s economic future?

If Turkey can stay on its current course for another decade—and I am confident that it will—the future of the country will be very bright.