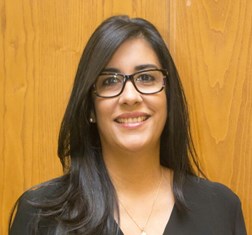 Olga Cantillo has over 20 years experience in the industry. Cantillo has worked in brokerage houses and banks with responsibilities in Panama as well as other countries in the region. She was the VP Operations at MMG Bank Corporation prior to assuming the position of Executive Vice President and General Manager at Bolsa de Valores de Panamá in October 2015, where she is responsible for the stock exchange as well as Central Latinoamericana de Valores. Cantillo was a member of the board at Latinex Holdings, Inc., Bolsa de Valores de Panamá, and Chair of the Board of Central Latinoamericana de Valores.

Despite traded volumes seeing a 27.8% YoY decrease to USD5.3 billion in 2017, how would you asses the year?

2017 traded volumes were similar to non-extraordinary years, 1.46% more than 2015. 28 new corporate securities were issued for over USD3.2 billion, 55.4% of which were on our primary market, 13.5% on our secondary market, and the remainder on our repurchase market. 2016 was an extraordinary year for the exchange, as we had important government-issued securities throughout the Government Market Makers Program, an asset liability management program conducted by the government that increased the volumes on these securities as well. We also had important activity on the corporate side, with new issues over USD500 million. Therefore, 2017 was a good year in terms of volume and new issuers coming into the capital markets.

Can you elaborate on the highlights of the integration of the Panama and El Salvador exchanges?

The integration has exceeded our expectations. We started with our first trading transaction in May, and by the close of the year trading volume was slightly over USD17 million. By early 2018, we had transactions on both markets for a total of USD51 million, with four remote operators from El Salvador and three from Panama. As growing expectations of the integration between our countries grow, we have received interest from other exchanges to join. In December 2016, the exchanges from El Salvador, Panama, and Nicaragua signed an MoU and have started meetings with our regulators. We have also been in conversation with other exchanges from the region, but have not yet signed MoUs. Interest has also been received from an exchange in South America, with whom we have already had our first meeting.

What are you main goals and focuses for this year?

One of the major initiatives we are working on this year is replacing our existing trading platform to NASDAQ’s market technology. It is an important investment for us and key to our strategy for becoming the hub of the capital markets of the region. We are also focusing on regional market integration and plan to work on starting the integration process with one or two other markets by the end of this year. One of the major goals we have been working on for the past four years is our i-Link with Euroclear, which has three phases: the first is for government-issued securities that we have had since April 2014, the second is for corporate debt securities, and the third is for equities and mutual funds. The second and third phases have not yet been launched, and we are focusing on working along with the government and Euroclear to be able to have the second phase available by the end of 2018 or beginning of 2019.