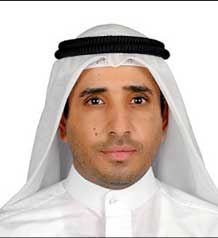 Abdullah A. Al-Mutairi is the CEO of EnerTech Holding Company, a Kuwaiti company owned by the National Technology Enterprises Company (NTEC), a wholly owned subsidiary of the Kuwait Investment Authority (KIA). Previously, he served as a senior investment manager for NTEC and headed its energy, water, and clean technology division. Prior to NTEC, he served as an investment analyst for the KIA. Al Mutairi is a member of the Executive Committee and a founding member of the Kuwait Green Building Council (KGBC). He holds a master’s degree in business administration from Kuwait University, and a bachelor of science in civil engineering from California State University Long Beach.

Share on:
"Given that solar prices have also gone extremely low, it has become extremely attractive for governments to adopt."

What have been some of EnerTech’s biggest milestones?

EnerTech was established in 2001 as a department at the NTEC. In 2010, NTEC developed a new strategy to spin off the department and, consequently, established EnerTech in 2012. We invest globally in the IP of these technologies and all the clean-tech space that includes energy efficiencies and renewables, oil and gas in niche markets, and water technologies. Then we would transfer technology to Kuwait or the region. By partnering with companies, we primarily provide manufacturing facilities and marketing offices. We are building vehicles to help the technologies to come to the region. This was our main focus at the time and we have been successful building several platforms. In early 2013, we developed a company that can develop, operate, and commission renewable products in Dubai. In contrast to the UAE, Kuwait does not have an established legal framework for venture capital. For example, shareholders in Kuwait do not recognize venture capital terms like tag along and requisition preferences. If anything goes wrong then it goes to the articles of associations. Even foreign investors are not comfortable working in Kuwait, so it was easy for us to establish in Dubai. The point here is to serve the GCC region so eventually the work is done in Kuwait anyways. We were able to develop several projects in Africa, the Middle East, and, most successfully, in Pakistan. In Pakistan, we have a project worth more than USD1 billion in investments in process with the government of Pakistan. This enabled us to further invest in a Canadian technology company called Morgan Solar, which is a unique solar company in the CPV space. EnerTech is therefore known as a developer in the renewable energy segment.

How viable is the government’s objective to have renewables cover over 15% of overall consumption by 2030?

I find it is a very viable and critical objective. Kuwait consumes 10% of the oil to cover its energy requirements. If it continues this to 2030, it is going to consume 1 million barrels to satisfy energy demand. Especially with the development plan as well as housing and infrastructure projects, renewables are becoming critical to adopt as well as energy efficiency. If Kuwait does not adopt energy-efficient policies and renewables, climate change will have a drastic impact. Kuwait’s temperature is reaching record highs and the highest temperature in the world was recorded in Kuwait in July 2016. We need to develop an energy efficiency plan and the high consumption behavior has to stop. The temperature cannot be 60 degrees outside and 16 degrees inside homes. We do not want to compromise comfort, but the mentality has to change. For example, we leave lights on all the time in this country. People do not understand that this consumes more energy than to have water running. The government has recently increased the tariff from KD0.002 to KD0.025 to the commercials. This is going to have a huge impact and several companies have already approached us to make them energy efficient. What we offered to the Higher Council of Planning was to install energy-efficiency measures in all government buildings and commercial buildings for free, if we share the savings. This is called an ESCO account and had already been adopted elsewhere like Dubai and Jordan. The Minister of Finance, however, does not have the framework and mechanism to adopt this proposal. We are pushing hard and officially submitted this to the council, but we will see how this is going to evolve.

What are the biggest structural challenges in moving the energy efficiency and consumption patterns toward renewables?

There is no mechanism and there has to be a new registration allowing the ESCO account. Otherwise, there is no way that it can be done. The Kuwait Foundation for the Advancement of Sciences (KFAS) has now signed an agreement with the Ministry of Electricity (MEW) to develop this mechanism. KFAS built solar parking and now it wants to share its savings with the ministry. Once the technical part is done then MEW will talk to the Ministry of Finance. If KFAS and MEW push hard to force the Ministry of Finance to adopt this mechanism, it will have a huge impact on Kuwait. I can see good indications of adopting energy efficiencies and it is becoming a necessity and something that we have to do. For example, the government has given the Kuwait Institute for Scientific Research (KISR) a 10x15km plot of land to build 2,000MW of renewable energy. The reason for this park is to identify the best technologies and tariff for Kuwait within three years. We submitted an official proposal to build 2,500MW. We will build it and pay for a tariff that is below the cost of the ministry and are willing to give 20% off for Kuwaitis. However, there is no legislation for the PPA and the IPP model that have to be developed. The government has to come up with a tariff and there are two ways to do that. Either there is a competitive bid with multiple companies bidding or we set up a tariff and ask companies to submit a proposal, which is the case of Jordan, Egypt, and Pakistan. The government is not doing anything and relying on KISR to come up with a solution. It is a five-year plan, and we cannot wait. Our goal in 2015 was to achieve 1%, and we did not achieve 1% of the 1%. Because of this governmental structure, there is no one who has authority or mandate to lead the renewable plan. I am still optimistic because of the necessity and losing the income from the oil to secure the energy so they have to move fast. Given that solar prices have also gone extremely low, it has become extremely attractive for governments to adopt. Dubai, Oman, and Jordan have already started and Saudi Arabia has reduced their gigawatts, so we see a move toward renewables in the GCC. 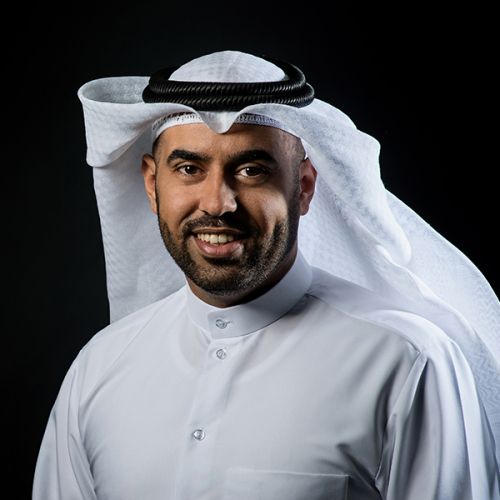