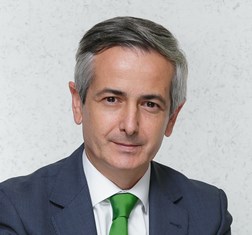 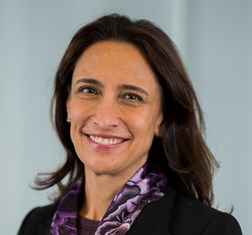 Share on:
Mexico's leading renewables producers are taking hard-earned skills from the carbon market to skillfully remake the renewables landscape.

What opportunities have you identified in the Mexican market?

ENRIQUE ALBA Iberdrola has a presence in five countries: Spain, Portugal, the UK, the US, Mexico, and Brazil, though we are also in other countries, albeit with a smaller presence. Our business is divided into three segments worldwide: the network business, which includes everything related to transmission and distribution; the renewable business, a development activity; and construction and the operation of renewable assets, whose generation and commercialization aspects must not be forgotten. In Mexico, we are investing large amounts of capital; for example, our most recent combined cycle here will exceed 60% efficiency. We have two plants on the same site. One came into operation in December 2018, while another sister station will go into operation in August 2019. Currently, the business of generation and commercialization is large. We have a renewable business that is significantly growing. Therefore, our commitment to Mexico is in generation. We are focusing our investments on this, in gas, wind, and photovoltaic. Of the five major countries in which we have a presence, Mexico produced the most energy in 2018, given our investments here.

TANIA ORTIZ IEnova is an energy infrastructure company that has been in Mexico for over 20 years. What we have accomplished throughout this time is to identifying opportunities to develop infrastructure to supply more efficient energy to Mexico’s industries and homes. We have moved from one business segment to another within the energy sector as the opportunities have opened up. We started out in the gas distribution business before moving to the natural gas pipeline business, power generation, both conventional and renewable, and now refined products infrastructure. Over the past few years, we were active in a comprehensive effort to develop Mexico’s natural gas infrastructure to provide access to cheap and abundant North American gas production to mainly supply CFE’s gas fired generation, but also to provide affordable and efficient fuel to thousands of industries. Additionally, renewable energy has become not only attractive from an environmental standpoint, but also from a cost standpoint. IEnova is active on the renewable front, particularly in providing power to CFE and industrial or large commercial off-takers that want to take advantage of this new opportunity. We are also active in the refined products infrastructure space. This is because Mexico requires infrastructure to guarantee sufficient supplies of these products. The country needs to increase its minimum inventories of refined products in order to guarantee its energy security.

What major projects are you working on?

EA In 2019, we expect to produce 60TWh, which is approximately 20% of the country’s demand. Of those 60TWh, we sell about 15TWh to industrial customers and the other 45TWh to the Federal Electricity Commission. Within the segment of industrial customers, we are diversified. We have customers such as Pepsico, Nestlé, Bonafont, and Danone. Within the telecommunications sector, we have Telmex. We also have Inbursa, a bank. Within the automotive sector we have Fiat Chrysler, Mazda, Toyota, and Honda, and within the steel sector, we have Ternium, Alfa, and Vitro. There are many companies that have contacted us for their energy needs. Other big clients include Kimberly Clark Mexico and Kuo, and we just signed a contract with Elementia. We can say that the big multinational and Mexican companies are betting on Iberdrola because we are the only company that can provide customized solutions for them.

TO Our Costa Azul project is still under development. This is an LNG import and regasification facility that began operations in 2008. At the time, Mexico and North America needed to import natural gas from other regions. But with the shale revolution, North America became a net exporter of natural gas. We are developing a project which will allow us to supply LNG to isolated markets in Mexico that do not have access to natural gas via pipelines, such as Baja California Sur, as well as other important international markets. We have been working on this project for over three years now. First, we closely reviewed the existing regulations in Mexico and the US to make sure the project was viable, since we will be bringing gas from the US to Baja California to be liquefied and taken to market. Then, we worked on permitting the facility and evaluating the project’s technical and commercial viability. So far we have executed preliminary commercial agreements with three important customers—Total, Mitsui, and Tokyo Gas.