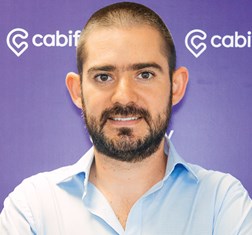 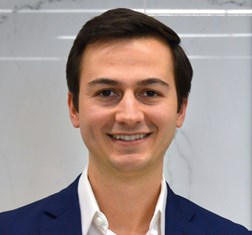 Share on:
While the Mexican government invests in expanding the infrastructure, ridesharing services are filling the gaps in the public transportation network.

What is the strategic importance of the Mexican market?

ALEJANDRO SISNIEGA Mexico represents one of the most important markets in our operation, meaning we are extremely relevant. For the industry, Mexico City is between the fourth and fifth city with the most volume in the world; it is an extremely relevant market.

FEDERICO RANERO We are proud of what we have accomplished in Mexico to the point where today Mexico is the third-largest country for Uber out of more than 80 countries. We have numerous success stories in the 45 cities where we operate, Mexico City being the second-largest of more than 600 cities worldwide.

What is the impact of route sharing platforms on congestion in cities such as Mexico City?

AS Though we are key players in making the city more efficient in terms of mobility, we are not the main player. The government and public transportation need to be the main option for users, and such a platform and other mobility services in cities should be the last-mile providers. We expect the government to provide an effective and well-organized public transportation system. We are key players because there are places where public transportation is currently nonexistent. In order to have a great mobility service in Mexico, companies need to start working with each other. We want to ferry a passenger from his home to his workplace and need to interact with other options.

FR One of the most fascinating things we go after in Mexico is transporting more people in fewer cars. After we launched uberPOOL, we compared what traffic looks like with uberPOOL trips and how it would look if those were individual trips. In just six months we have saved globally the equivalent of 55,000 metric tons of CO2, which equates to around 10,000 vehicles per year, as these vehicles are only used 5% of the time. By looking at the data in Mexico City, one out of three trips is one way, which means they are being complemented by other transportation options, many times public transportation

What are your expansion plans in Mexico?

AS 2016 was when we decided to expand our operations; we opened in 11 cities that year. Mexico City is our largest operation in the country, though we also have significant operations in Monterrey, Guadalajara, and Querétaro. In 2017, we sought to expand our operations within the corporate sector, where we are leaders in Latin America. In 2018, we will focus on growth within the cities we currently operate and do not have current plans for expansion. The biggest problem in Mexico has to do with regulations. We operate only in states where there is a regulation for such a ride-hailing company; that means there are 22 that we will not enter until there is a clearer picture of what will happen.

FR We continuously see more people wanting to use Uber not only as a form of self-employment but also a safe, reliable, and affordable option to travel. The role that Mexico plays is essential for the global portfolio of Uber, and we are excited about the future, part of which is an integrated commitment that we have made for 2018. Publicly, we are committed to tripling our investment in Mexico in 2017 and 2018 and investing a total of USD390 million. With that, we expect to reach around 500,000 self-employment opportunities by December 2018, which means doubling the current number of active drivers. What is particularly exciting about that is the 500,000 represents around one economic opportunity for every 100 people in the country’s economically active population.

What are your goals and targets for 2018 and beyond?

AS We seek growth. We need to grow by at least three-digit percentages. We managed to grow globally by 500% in 2017, and we need to comply with at least that in 2018. We will focus on technology and want our users to have a better experience using technology and will therefore start with automating most of our processes. We will invest a great deal on safety for our drivers and our users; our focus is on ensuring safety at all times.

What is your outlook for Uber and ridesharing for the coming years?

FR An interesting finding is that around 10% of our users have either sold their cars or abandoned their plans to buy one. An entire urban design can be literally transformed when we think about how cities dedicate around 30% of their space to parking spots. In the US, there are eight parking spots per vehicle, making up an area 12 times the size of New York City. It is amazing the possibilities we have to transform our cities to have less parking spots, more parks, and less congestion and pollution.