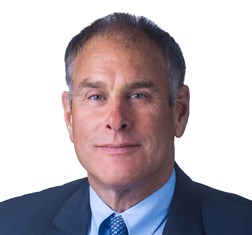 Rick Rule has dedicated his entire adult life to natural resource securities investing and has a global network of contacts in the industry. He is a frequent speaker at industry conferences and is particularly active in private placement markets, having participated in many debt and equity transactions with private and public companies.

Share on:
Industry insiders predict sizable boosts in the silver sector in the coming years, with noticeable benefits for Mexico in particular.

What kind of cycle is the mining industry going through at the moment?

The mining business is extremely cyclical. It goes from boom to bust. My own belief is that we are moving from a bust period into a boom period, but the recovery will be slow. The precious metals sector will recover before the industrial materials and base metals sector. From a Mexican perspective, over the next two years you will see strength in the silver sector in particular, which is important to Mexico. You will also see increased investor interest in the mining sector. Mining has been an important economic sector for a long time, but the global economy of 2019, which is all about adding value, basic resources are less important than in the past, a trend likely to continue. Booms and busts are self-correcting. During certain periods, like the last five years when commodity prices were low, sustaining capital investments and new investments did not occur. Mining is a business where your existing business depletes is over time. As such, the industry’s ability to supply basic commodities declines. When supply and demand meet as a consequence of supply destruction, it takes the industry a long time to ramp up to meet the pricing signals. New mines are expensive and there are long lead times before they open. We are in a circumstance now where the copper business, for example, is in a rebuilding period. The thing that could derail it is not unique to Mexico. It is global.

What Mexican companies are you currently investing in?

We have been involved in Mexico for a long time, mostly North American companies that have been active in Mexico. I personally have been a Fresnillo shareholder in various sizes since the 1980s. We have been successful in Mexico in making and selling discoveries for a long time. I would say the largest position we have that North Americans would be familiar with in Mexico is a company called MAG Silver, which is a partner with Fresnillo. It is a high-quality deposit. We are eager to restart our generative exploration in Mexico, but we are concerned about how the community consultation procedures proposed by President Andrés Manuel López Obrador will affect our abilities, particularly in the Sierra Madre and particularly as a consequence of the presence of drug traffickers in the area. We do not know how this legislation will impact the mining businesses ability to operate safely and legally in western Mexico. Therefore, until our Mexican partners show us how that will be done, we are going to have to sit out. We are waiting a little to see what happens because that part of the business grassroots exploration, particularly in the Sierra Madre, is not a place where we feel welcomed.

Which mining companies do you have a more positive outlook on apart from the big four Mexican ones?

The big four have some advantages right now. They may be less interesting, but they have deep advantages. Traditionally, operating in Mexico has been more of a political and social challenge than a technical one. Mexico has an amazing mineral endowment, especially in the west. We can literally prospect reserves with imagery from satellites. However, prospecting has driven mining success in Mexico, which has only come through understanding political challenges at a state and federal level, and undertaking community engagement at a local level. The big four Mexican companies have been able to exist in that environment. They are not necessarily loved at the local level, but they understand how to operate there. And they have also been historically able to operate better than foreigners from the US and Canada have at the federal and state level. So they have some definite competitive advantages over American and Canadian companies. We have an advantage over them, too, in that Mexican companies traditionally have been risk adverse and have not done the level of grassroots exploration that we have been willing to.