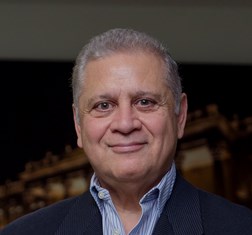 Secretary of Economy and Employment, Government of Nuevo León

Roberto Russildi is a Chemical engineer with an MBA frin the Instituto Tecnológico y de Estudios Superiores de Monterrey (Tec de Monterrey). He has 35 years of professional experience in industrial production, operations, IT, international business, and management. Prior to being appointed as Secretary of Economy and Employment of Nuevo León, he was Secretary of Sustainable Development.

In 2018 Nuevo León’s economy grew at a higher pace than the Mexican economy, and Nuevo León became the top recipient of foreign investment. What factors have contributed to these results?

That is correct. Nuevo León maintains its position as Mexico’s strongest and most solid economy, and the most attractive for national and international investments. The Secretary of Economy and Labor (SEDET) of Nuevo León, reported solid economic growth during 2018 of around 3%, a record high in FDI, as well as a surge in the manufacturing and construction industries. One of the indicators that reflect the strength of the state’s economy is that exports amounted to around USD40 billion in 2018 and the automotive sector registered the highest participation in that total, with 34.9% of that amount. Among the contributing factors there is the availability of a highly skilled labor force, a privileged geographic location close to the US; the Colombia border cross in Anahuac, Nuevo León is the point of entry of many Mexican exports and the most important for cattle export to the US market. Another advantage is that we have internationally acclaimed universities in the state, such as ITESM and UANL. You can also find the cluster system in the state, globally competitive companies, solid infrastructure, modern industrial parks, two international airports, research centers, and advanced training programs.

There has been an increase of 127% in FDI. What sectors or projects have received this investment?

According to The Secretary of Economy, the state received USD4.2 billion in FDI in 2018, representing a 127% increase compared to the previous year. The state had 13% of the total FDI in Mexico in the last year. During 2018, companies like WeWork, LS Automotive, Renishaw, Conduent, Digital On Us invested in Nuevo León, generating new and better jobs. Economic growth is also due to reinvestments of companies already based in Nuevo León, which is still attractive, and has seen inflows of FDI from 515 companies. Most of the investment comes from the US, which represents around 56% of the FDI, followed by Argentina, with 16%, Spain with 8%, and the Netherlands with 6%. The main sectors participating in FDI are advanced manufacturing, the automotive industry, commerce, and services. The transport equipment manufacturing industry represented 40% with USD1.7 billion. Other sub sectors, such as the metal basic industry, which represents 15.6%, the beverage industry, with 8.8%, and electric generation with 8.4%.

This Secretary is in charge of labor. How is the positive economic development translating into the labor sector?

In 2018, 55,000 new formal jobs were created in Nuevo León according to the IMSS. Unemployment closed at 3.6% for the year, one of the lowest in the last few years. This is due to increased job generation and labor dynamics strategies implemented by the administration of governor Jaime Rodrí­guez Calderón such as job fairs, trainings and work scholarships. Nuevo Leon represented 8.3% of new jobs registered in the country in 2018, and contributes with 8% of total workers registered at the IMSS. The manufacturing sector is still the main generator of jobs in Nuevo León.

In 2017 Business Nuevo León was launched as a way to promote the internationalization of the state’s economy. How have the first few years being for the initiative?

The administration lead by governor Jaime Rodrí­guez Calderón, established as a policy in the state’s development plan to generate opportunities for growth, employment, and the reduction of poverty. Attracting new national and international investments is key, and the plan aims to promote Nuevo León as a competitive and attractive destination for investments. Business Nuevo León is a brand that identifies as the promoting agency for investment and has different government agencies involved in its objective.

The pillars of the economy of the state are industry and exports. What is being done to reduce the dependence on the US and to diversify markets? What countries are a priority to establish new trade deals?

Nuevo Leon was the first destination for investments from the US, with USD2.7 billion in 2018. It is the highest number recorded since 1999. One of our priorities is to keep promoting the state abroad not only in the US and Canada, our trade partners, but also in Asia and Europe. After the start of operations of Kia in 2016, the interest from Asian companies has increased. In 2017, the Hofusan industrial park was built by a partnership between a local businessman and Asian business people, where around 100 Asian companies can operate with an estimated investment of USD1.5-2 billion in a decade. In 2018, we had more than 25 delegations from China. In 2019 we have sent commercial missions to promote the state in the US, Canada, Europe, and Asia. In March 2018, Hangzhou XZB Tech Co from China, started operations in its first plant on Mexico, which produces autoparts.

The model to attract FDI to Nuevo León is based in creating an optimal climate to do business. How are you working to strengthen this model?

For many years we have being creating a working culture, a DNA to be an industrial capital.
We are proud of the triple helix model, in which we created the 13 clusters to boost growth in the strategic economic sectors for the state such as automotive, appliances, aerospatial, energy, nanotechnology, information technologies, interactive media, housing and health. Nuevo León also has the largest network of industrial parks, with around 130.The entrepreneurial muscle, qualified labor, infrastructure, business climate, cluster systems, universities and geographic location are strengths that attract business.

What are the priorities for 2019-2020 for the Secretary of Economy and Labor of Nuevo León?

Maintain the state’s leadership status, as the most competitive in the country with an intelligent economy, good growth, and employment for its five million inhabitants. We will continue promoting Nuevo León abroad as a state with solid infrastructure, social peace, and safety to attract more investments, continue to bet on strategic sectors, support the development of SMEs, and position the state as a leader for Industry 4.0 in North America.