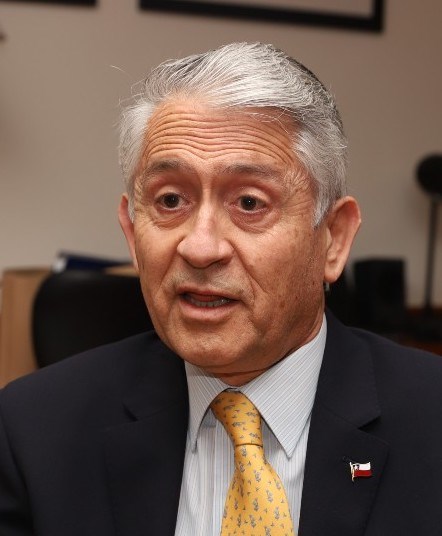 Ecuador and Chile plan to further boost their close bilateral relationship and have accordingly signed a Trade Integration Agreement to work together to boost their economies.

Both Chile and Ecuador have respective plans to revive themselves economically. How can bilateral relations help each other achieve these goals?

In recent years, there has been evidence of a renewed and intense bilateral relationship between Chile and Ecuador. One of the most important areas is the commercial area, where there has been a clear desire for integration at the level of governmental entities, which has been accompanied by a strong interest from the private sectors of both nations, in order to strengthen foreign trade and attract investment. In this sense, Chile and Ecuador signed a Trade Integration Agreement in August 2020, where the opportunities to improve, increase, and boost economic and commercial reactivation are more representative. This aspect is one of the essential strengths that both countries maintain within their historic bilateral relationship in economic and trade matters. Likewise, one of the most fundamental aspects of a trade and economic relationship between two countries has to do with 100% compliance with all the scopes, guidelines, directives, and agreements that facilitate access to markets. In addition, trade agreements can always be renewed, improved, and expanded.

Ecuador is in the process of joining the Pacific Alliance. How can this regional integration system benefit both countries?

It is worth highlighting the strategic support of the Economic Integration Agreement signed by Chile and Ecuador, which revitalizes and expands Ecuador’s opportunities to join the Pacific Alliance. For Ecuador, the Pacific Alliance is an opportunity to develop its production and exports to this economic bloc, though it is also a gateway to access the western section of the Pacific Alliance. In addition, there are real opportunities for Chile and Ecuador to work together via the connections between the two countries. Chile has a vast experience in signing multiple free trade agreements, where Ecuador can benefit from the use of this regional strategy to market its products with added value to the Pacific Rim.

Chile has a long mining tradition, while Ecuador aims to position itself as a benchmark in this sector. What opportunities exist for collaboration between the two?

Ecuador’s high potential for the development of mining is recognized in the global context, which has been ratified with the start of large-scale production in 2H2019, with two foreign capital mining projects, which, added to the development of small and medium mining, has made the mining sector the fourth-most dynamic export sector in Ecuador. Ecuador is committed to responsible and technical mining, with the aim of becoming one of the strategic economic sectors of the national economy, encouraging the attraction of foreign investment. In addition, President Lasso signed Executive Decree 151 in 2021, issuing an Action Plan for the Mining Sector, which has the primary objective of developing efficient and responsible mining, environmentally and socially, and guarantees the framework of legal security existing in the Constitution of the Republic, thus respecting pre-existing rights, such as contracts and rights previously acquired and duly signed with the state. In this sense, the knowledge and experience of Chilean companies in supplying goods and services to the mining industry can be a fundamental contribution to the growth of the Ecuadorian mining industry. Sub-sectors such as process automation, safety, community relations, and clean energy are just some examples of the contribution that Chilean companies can make in this country. Since 2018, ProChile in Ecuador has been carrying out a series of actions to transfer this know-how and contact Chilean companies with their counterparts in the Ecuadorian market through tools and export promotion plans, with promising results. Chile also plans to participate with its pavilion in the next EXPOMINAS Fair in Ecuador, with a large delegation of Chilean companies participating as exhibitors. Likewise, the implementation of trade promotion activities will be encouraged to link Ecuadorian companies with potential Chilean suppliers through round-trip trade missions.