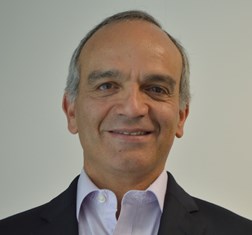 Alberto Galvis has broad international experience in the energy industry, having worked in a variety of commercial and management roles throughout Europe, Africa, the US, and Latin America. He was previously the Regional President for BP Andean, which covers Colombia and Venezuela, and Regional President for BP Southern Cone, which encompasses Argentina, Bolivia, and Chile.

Share on:
The only private Mexican firm to participate in a major joint venture with leading foreign firms, Citla has reason to be optimistic about offshore projects, including its own.

What is your current perspective on the Mexican oil industry?

Mexico has a bright future because it has a lot of resources. We have identified significant areas that are under explored, under invested, and underdeveloped. This presents a fantastic opportunity for whoever comes to invest in Mexico. The results of the private sector, since the energy reform began, have simply been fantastic. Most of the fields offered in offshore Round 1 turned out to be much bigger than originally expected, some up to seven times more, and every offshore exploration well has been successful. Now we will start to see the second round of wells being drilled, which I predict will be even better.

What are today’s biggest opportunities in the Mexican oil industry?

Opportunities are diverse, and there is room for everybody. Starting with deep-water exploration, there are huge areas that have been untapped and that are likely to contain huge amounts of oil. That is a business for big companies. Then you go to the south east, to the shallow water areas, where you have three private successful projects. Additional exploration wells will also be drilled in 2019 that are likely to bring results. Then, you have the onshore opportunities, mostly fields held by PEMEX that are waiting for investment. It seems that such onshore areas will be limited under the current administration for operators, but will probably be available for service companies. There is room for everybody: large, medium, and small companies, as well as for contractors.

What offshore advances has the group participated in recently?

Citla participates in four offshore blocks. Three of them are associated with round 2.1, of which one was awarded in round 3.1. In two of them, Blocks 7 and 9 of round 2.1, we have commitment wells, two in each block. Meanwhile, in the other two blocks, we do not have drilling commitments for now. We have done a tremendous amount of work in the four blocks. We are fortunate to work with world-class operators. Citla is the only private Mexican company that has had a joint venture with a major oil company. That says a lot about our capabilities and financial strength. We are fortunate to work with ENI, an Italian oil company, in two of our fields. We are also proud to work with Cairn, an independent British exploration company. They were successful first in India, and more lately in Senegal and the North Sea. This year we are planning to start drilling one well in Block 9 and another in Block 7. And we may start a second well in Block 9 if everything goes well before year-end. Taken together we will have drilled in two blocks by the end of 2019. Depending on the results, we will define what we will do in 2020.

How much are you investing in drilling and exploration in 2019?

Each of these wells ranged in cost between USD40-60 million, depending on the depth, but we have fantastic investors. Firstly, we have ACON Investments, which holds around 65% of Citla. They act on behalf of a number of funds and investors, including Mexican pension funds. We also have reputed institutions such as the IFC, which is the World Bank’s branch that invests in equity. The IFC also manages a Citla investor fund called the China-Mexico Fund, which includes development banks from both China and Mexico. We are grateful for having such quality investors that are active in contributing and have significant resources. In the case of ACON, they bring experience in the oil and gas sector in the US and South America. The IFC also has significant investments in oil and gas around the world and are great champions of high environmental and social standards. That is tremendously valuable and a strong part of our identity.