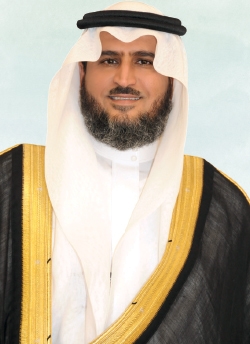 Abdulrahman M. Al-Ibrahim was born in 1964 and graduated from King Abdulaziz University, later obtaining a Master’s and PhD from the University of Wisconsin-Madison, US. He joined King Abdulaziz City for Science and Technology (KACST), Riyadh, as the Manager of the Solar Thermal Simulation Laboratory in 1986. During 2001-2005, he served as the Director of the Energy Research Institute of KACST, and was later, in 2007, appointed as the Vice-Governor for Consumer & Service Provider Affairs at the Electricity & Co-Generation Regulatory Authority (ECRA). He is currently the Governor.

Share on:
What is the significance of your business? First of all, the history of desalination in Saudi Arabia goes way beyond just a few years ago. The first desalination unit was […]

What is the significance of your business?

First of all, the history of desalination in Saudi Arabia goes way beyond just a few years ago. The first desalination unit was in Jeddah, and it started operations in the early 1900s. Since then, the capacity has grown from 300 cubic meters per day to 3.6 million cubic meters in just 50 or 60 years. The momentum and decision to go for desalination was strategic, simply because no renewable water was made available to satisfy the needs of Saudi Arabia. There was also another factor behind that, which is our aim to provide adequate water not being limited to the people of Saudi Arabia. Our values as Muslims include the belief that we must supply adequate water not only for human beings, but also for all creatures on Earth. Therefore, there are multiple driving factors. Part of it is the ability to acquire adequate water, another part is value driven, and the final part is that it is required for national development requirement.

Where is Saline Water Conversion Corporation (SWCC) today in the journey toward greater privatization, and what might that look like a few years from now?

I think the issue of privatization is just a means of achieving more advanced goals. We look at it as a vehicle for producing more from the assets with no need for extra resources to be built. An example of resources that we can utilize is the abundance of land that we can offer to other businesses to support our industries. For example, brine water reuse, mineral extraction from brine water, energy recovery, and the business of utilizing carbon are currently underutilized, but can be developed along with the production of the same amount of water. More importantly, we look at efficiency as the ability to utilize our business for purposes other than just desalinating water. We have a network of almost 7,000 kilometers of pipelines to transmit water from coastal areas to the major cities inland. That number will grow shortly to 10,000 kilometers, and all of these are coupled with a fiber-optic network for communications, meaning that we can utilize such a business as part of our mandate to expand the business and utilize assets. Basically, we look at privatization as a way of utilizing our current assets to produce more for the same value. The stage that we are in is the dream stage; we are trying to corporatize SWCC. In corporatizing SWCC, we will be able to change SWCC to be operating as a corporate entity with autonomy, transparency, and self-driven goals. We will be able to focus dynamically to take advantage of opportunities much faster. The privatization program has been approved by the Supreme Economic Council; however, it is just the mechanics of how and where we should start.

What factors do you examine when determining whether to invest in an alternative energy, plant a conventional plant, or an upgrade of an older oil-burning plant?

This is something we look at seriously. Operational excellence is another one of our core strategies. Part of operational excellence is a major portfolio or program to enrich our function of energies, and not to be limited only to fossil fuel. Therefore, we need to expand to explore energies other than fossil fuels, for example solar energy or other means of renewable energy. We tackle this issue through multiple means. Number one is a joint venture with the King Abdulaziz City for Science and Technology (KACST) to jointly build the first solar energy Al Khafji desalination plant, which will produce 30,000 cubic meters of water. The plant is under vetting now to be constructed, and we will be the off-taker for that plant, and will both jointly oversee this project as a gateway to utilizing renewable energy in desalination. Stage II is that we collaborate with the King Abdullah City for Atomic and Renewable Energy to explore more potential in the Western Region to see the economic and technical viability of multiple technologies that can fit in some of the locations we are in. We will be able to explore more economically how we should run those desalination processes on renewable energy. The third aspect is through our R&D center, which has already made collaborations with advanced technology firms to utilize the latest technology in renewable energy sources.