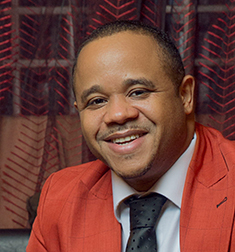 Sam Onyemelukwe comes from a creative background with a degree in Fine Arts, and began his career at Walt Disney in Burbank, California. He has been working in media and entertainment in Nigeria and across the continent since 2008, his most recent position being Business Development Manager, Nigeria for MTV Networks where he created campaigns for the likes of LG, Coca Cola, and Cadbury’s Buttermint brand among many others. He began working with Trace through a representation agreement and continues to run his company Venator Partners which holds a Master License with Trace TV. Venator Partners is Trace’s biggest partner in Africa and he operates under the title Managing Director, Trace Anglophone West Africa, though he remains independent. He holds an MBA and Masters in ICT/Information Systems from Boston University and a B.A. in Fine Arts from University of Southern California.

Share on:
"Competition between brands and evolving consumer tastes and habits means marketers must be fast to adapt."

Would you give us an introduction to Trace TV and Venator?

Venator Partners is a media and entertainment business focused on the West African regional market. We sell advertising, manage celebrity talents for brands, and produce events, television shows, and trendy short-form clips. We also have a content business focused on the newer wave of audio-visual content in the region. When I started Venator in 2010-2011, one of the first clients I brought in was Trace TV and we were representing them as an advertisement platform. Since then, we have become one of Trace’s most important partners in Africa and now, we hold a Master License Agreement with Trace and work within the group on a Pan-African basis. Trace TV is a completely separate entity from Venator but there is, in fact, an overlap in what both companies do. Because of our M.L.A. (Master Licensing Agreement), we report all our revenue to Trace TV, while for television advertising there is a portion that goes on Trace channels and a portion that does not. For the rest of the business, we do revenue shares on predetermined percentages. We have been fortunate that Trace TV has grown into one of the most influential music and entertainment brands in the region.

What are your ambitions for both entities?

We are currently redefining our relationship with Trace TV and are looking at a few options. Venator may end up more closely related to Trace TV or we may take on new investors and focus on growing other parts of our business. No matter which one, I see us being a leader in the continued growth of the wider music and entertainment industry in the region, both from a regional content perspective and in terms of managing brands and campaigns. It is a different world now, and businesses are only starting to catch up. Today, the standard ad agency model only works for very specific purposes in the region. Competition between brands and evolving consumer tastes and habits means marketers must be fast to adapt and innovative in terms of content marketing, influence or base marketing. Many brands are catching up with this and we are well ahead of the curve.

How can Trace TV help the music industry grow? Is it about brand awareness, ads, or other factors?

We have a major part to play in that. Nigerian music is highly exportable and we have 11 channels that are broadcast in over 180 countries with hundreds of millions of viewers. Africa only comprises about 50 countries of that and more than a third of our viewership is outside of Africa. Our channels are broadcast in Europe, Asia, the US, and the Caribbean. When we take a video, artist, or a song and promote that, we can open ears and influence listening habits much more so than other music platforms. We are in a unique position to do this with Trace TV because the other channel brand that has this global reach is MTV; however, MTV is regionalized in its content. For example, we put a great deal of effort into bringing Caribbean vibes to Africa that people here do not normally have access to. Conversely, we take Nigerian, Kenyan, and South African content to the Caribbean. We cut across multiple markets.

How can Nigeria harness the enormous potential of its talent and passion for music and make a business out of the entertainment sector?

Some of the fundamental infrastructures of the music industry are not in place here in terms of publishing and music rights (mechanical, and performing, etc). The government is doing a few things, though it has not truly given that much attention to these issues to enable the industry to thrive. There is a royalty collecting society; however, it is unable to enforce its mandate because they have a limited repertoire, in addition is not supported by the government with the media companies like us that continually play content. Approximately 80-90% of the value of artists and songs is being played into the air and disappears. Beyond that, there is a great deal that could be gained by the general promotion of music here, for example by developing music tourism, whereby people come to Nigeria to check out the clubs and the live music scene. Then, there is the issue of live performances, as there are not enough venues. There should be 500 bars and clubs in Lagos where there is a live performance every weekend, but this is not the case. Lagos State is doing something about this; it has opened a second Terra Kulture in partnership with Bolanle Austen-Peters on Victoria Island. By the end of 2018, there will be six Terra Kulture centers in each of the major areas of Lagos. This means we can start to tour artists, music, plays, and more around Lagos but given our love for music and enjoyment, a live music culture could easily thrive here.

What steps should be taken to harness and increase the impact of the music industry on Nigeria’s economy?

We need better regulations to protect performing rights (when songs are played on radio, in shops or TV), publishing (when songs are used in TV ads and movies) and to monetize music abroad (Pan African protections), to neighboring countries and Africa first, then the world. From the public sector, we need to incentive investment into the space, some good steps have been taken by The Ministry of Culture and Tourism but it could go further to small investments in performing areas (or simply in holding live performances) within bars across urban and semi-rural areas. We need to encourage artists to understand that while they shoot for the top, and the glamour of being the next Wizkid, they can make a good living getting paid 50-100K three, four, five, or more times a week, performing their music locally in smaller venues. On the digital and mobile side, there are many changes that need to be made both by the Communication Commission and Mobile operators. Granted that telcos have made large investments in their network that provide the opportunity for content distribution; however, the skew of revenue shares between content owners and telcos is damaging the content industry. The standard rate is that 70-80% goes to the telco when they sell a song or video while the remaining 20-30% gets split between the technical provider, the VAS partner, and the content owner. This is ridiculous and far from global standards, and it hobbles the creative community, COSON, the Collecting Society of Nigeria among other players is commendably spearheading a new movement to help change this. Telcos are the biggest vehicle for the distribution of music. They generate at least USD10-15 million a month just in ringtones, not including their revenues from streaming and downloads; meanwhile, the entire pool of content creators only net USD1-2 million.

What is your outlook for the music industry in Nigeria in 2018?

The outlook is excellent; the music industry is headed for great things. Musicians themselves have truly honed their crafts, and they know the sounds that work and have significantly matured in recent years. As a result, the music will go further and faster than ever before. We will have many huge hits and this will be a driver for the types of revenues that go through the business and therefore the industry and creator leverage to start to even out some of the issues. It will be impossible for both the public and private sectors to continue to ignore the industry and its issues, and there will be a great deal of change. We have also seen some of the global record labels come into Lagos, such as Universal and Sony.