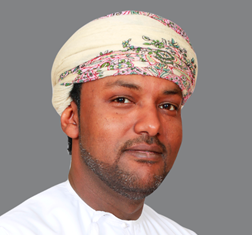 Tahir Bin Salim Bin Abdullah Al Amri was appointed Executive President of the Central Bank in 2017. He is an experienced treasury and finance professional with a successful track record in all aspects of treasury and finance functions. He serves as a board member of a number of private and public entities with multimillion turnovers for a variety of businesses, from a leading local bank to sovereign wealth funds, shipping, and the oil and gas industry. He has played leading roles in negotiating financing agreements, writing articles of association, technical licensing and construction contracts, oil and gas upstream agreements, shareholder agreements, shipping contracts, establishing credit policies and procedures, and board audit committees.

Share on:
The central bank has lowered the minimum capital adequacy ratio enough to spur responsible borrowing without endangering the broader financial system.

CBO reduced the minimum capital adequacy ratio for commercial banks to 11% from 12% earlier this year. Has there yet been an increase in lending?

Banks were earlier advised to maintain the minimum CAR at 12% of risk-weighted assets as opposed to the 8% suggested by Basel III. Additionally, the capital conservation buffer (CCB) has been implemented in a phased manner from 2016, meaning the total capital requirement (TCR) stood at 13.25% before this reduction. Banks have, however, been maintaining an excess capital buffer to deal with any uncertainty. As banks have to provide additional capital for any new loan depending on the risk profile, credit growth could be restricted if banks find it difficult to arrange for additional capital. The need was felt to create additional space with banks for enabling the scope for accelerating credit growth in the economy. As such, the minimum CAR was reduced by 1 percentage point from 12% to 11% on April 1, 2018. As per the latest information, bank credit had grown by 7.5% on a YoY basis in September 2018, higher than the 6.4% in December 2017 and 5.7% in the same period in 2016. Nonetheless, it is too early to assess the impact of this policy on credit disbursement. Furthermore, this policy change has enabled an additional space for credit supply, but a pick-up in credit disbursement is also dependent on other factors, especially demand. As the economy has recovered from the contractionary phase, it seems that the demand has also started to pick up, and credit growth should accelerate in the coming years.

What impact will the easing of lending requirements have on the banking sector?

It is likely to have a positive impact on the banking business by enabling a disbursement of credit to potential new borrowers. However, we should also be mindful of the fact that easing lending requirements should not lead to an increase in delinquency rates; however, it is necessary to be prudent and maintain an optimal balance while easing lending requirements so that credit requirements of potential borrowers are met without jeopardizing assets’ quality.

Has there been an increase in lending to companies facing cash flow issues or non-payments on contracts, and what steps has the CBO taken to assist such companies?

We understand the financial constraints faced by companies due to business cycle issues. As such, banks are encouraged to meet their legitimate credit requirements. CBO has also undertaken policy steps to ease the lending conditions for such borrowers. The extant guidelines on restructuring of credit facilities were reviewed to provide a helping hand to lenders as well as distressed borrowers, along with ensuring the long-term interest of financial stability. The specific provision of 15% on restructured loans, effective since 2015, was phased in with 5% for 2016, 10% by 2017, and 15% by 2018. Additionally, banks and FLCs engaged in various projects of government-owned entities, were allowed, as a special case, not to treat eligible loans as non-performing assets even if the past due period is 90 days or more. All these steps are intended to provide relaxations to banks so that fresh credit disbursements to the borrowers facing temporary cash flow issues due to macroeconomic challenges are not hampered.

What conditions allowed Oman to be considered “overbanked” compared to other GCC countries?

We do not know whether Oman is considered “overbanked” when compared to other GCC countries. Nonetheless, it may be more appropriate to say banking outreach in Oman has considerably improved over the years. In fact, banks in Oman have reached out to the masses using various channels, including digital and mobile banking. This is a positive attribute of the economy with a large number of people being provided access to banking services, which they can use and leverage to contribute to economic activities directly or indirectly.