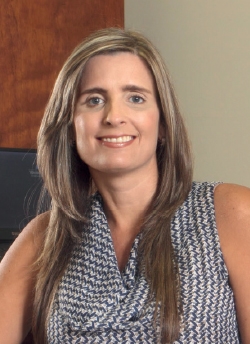 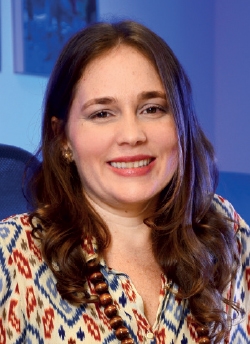 Share on:
Barranquilla’s share in Colombia’s GDP is around 15%. How would you assess the development of the city? MARÍA JOSÉ VENGOCHEA DEVIS The Chamber of Commerce has been implementing a global […]

Barranquilla’s share in Colombia’s GDP is around 15%. How would you assess the development of the city?

MARÍA JOSÉ VENGOCHEA DEVIS The Chamber of Commerce has been implementing a global strategy for the past few years based on the development of industrial clusters in the city. We know the clusters that contribute the most to the GDP of the Atlántico Department, and we prioritize the development of industrial areas based on these clusters. In fact, we have identified 10 strategic clusters for the region and subdivided them into three main subgroups: large corporations that do not usually require the support of the Chamber; companies rapidly expanding to which the Chamber can provide support to make their activities more dynamic and increase their relevance in regional economic activity; and those companies and clusters with the highest and greatest future potential for the region.

ANA MARÍA BADEL Barranquilla has a number of characteristics that make it well positioned as a strategic business city. The city has developed itself as an investment hub, and there are a number of factors that explain our success at the moment; one of these is the growth in free trade agreements (FTAs), but this is not the only factor attracting investment. Barranquilla contributes 3.8% to the national GDP, placing us in around fifth position in this league; in addition the city is the fourth largest in terms of both population and economic projections.

Over the past few years, we have noted massive interest from local and foreign companies in establishing themselves in Barranquilla. This is mainly because of our geographical position and connection with the Caribbean and the Magdalena River. Secondly, it is due to the availability of space here, considering we have over 500 hectares of free trade zones (FTZs) in addition to a strong construction dynamic with new hotels, houses, and commercial spaces. And thirdly, it is because of our human capital, which is of the highest quality thanks to our more than 27 higher education institutions, which include universities and technical colleges.

What role can the Chamber play in increasing the region’s activity within the CARICOM and the Pacific Alliance?

MJVD The Chamber, through its new markets section, has thoroughly analyzed all the recent FTAs Colombia has signed, as well as conducted research on the export offering of the Atlántico Department. In this context, we have created several tools, among them a common website, which our businesses can access to revise the benefits of each market in the Caribbean and other neighboring regions. This is intended to boost exports from our region. At the same time, we offer training and consultancy for local businesses that want to expand their international profile. Regarding CARICOM, we have to keep in mind that our natural market is the Caribbean, which is why we have a strong focus on this region.

What role can ProBarranquilla play in fostering business growth, attracting companies, and generating jobs, and in which sectors do you see the most potential?

AMB ProBarranquilla is the investment promotion agency of Barranquilla and the Atlántico region. It is a private non-profit organization funded by local government and more than 110 sponsoring companies interested in promoting the economic development of the region. ProBarranquilla provides free and confidential assistance to national and foreign companies that want to establish themselves and invest here. We organize business meetings for investors, and we even help identify interesting opportunities for them. Over the past five years, our organization has played a significant role in the establishment of 360 companies in Barranquilla and the Atlántico Region, and consequently, we have helped attract hundreds of millions of dollars in investments and created over 13,500 jobs.