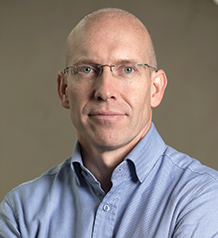 Olaf Hektoen studied Finance in Norway. He has been with Yara for over 15 years, having assumed important positions such as the Financial Director of Yara Africa (2004-2009), Director of Yara Iberia (2009-2013) and is currently the Regional Director of Latin America in Yara International, where he headed the process of acquisition of an important company in the sector, that allowed more presence in the Latin American market.

Share on:
TBY talks to Olaf Hektoen, Director of Latin America (with the exception of Brazil) for Yara International ASA, on corporate restructuring, increasing productivity and profitability for farmers, and improving financing in the sector.

Yara’s Latin American office is currently undergoing a major corporate restructuring. What does this mean for Colombia?

These are interesting times in which we have doubled our size in the part of Latin America that we focus on as our company has divided operations across the region. There is the Brazilian market and then the rest of the continent. The Brazilian market is twice the size of the rest of the markets combined when it comes to total consumption. Through the acquisition of Abocol, we are set to double our presence in Latin America outside of Brazil, which represents an important step for us. We currently have 1,350 employees in the region. I was calculating the other day that if we stacked the 2.3 million tons of fertilizer that we will sell in the rest of Latin America, in 50-kilogram bags, in a football field, it would reach a height of around 600 meters, which is quite impressive. When we bought Abocol, we acquired a factory in Cartagena, and are now producing some 400,000 tons of fertilizers there. Of course that means that out of the 2.3 million tons, a sizable volume still needs to be imported.

In what ways does Yara act as a mediator between smallholders and governmental institutions to ensure shortcomings are addressed effectively at a political level?

Our core task is to improve the productivity and profitability of farmers. Farmer profitability is the key to self-sufficiency and the farmer’s ability to invest in his own business. This can mean producing more, but it can also mean producing better quality. Successful models to unlock the productivity potential of farmers tend to involve not just input producers like Yara. Other key stakeholders in the value chain are needed to make sure that the farmer can sell his increased or improved output. The active involvement of government, not least to provide adequate infrastructure, is also vital. We want to replicate such multi-stakeholder models in other countries and with other crops. We are working to understand how we can create a model that we can replicate faster, so we can improve productivity.

How do you facilitate greater access to credit and financial mechanisms for smallholders that will allow them to invest and become more self-sufficient?

We will try to get finance and insurance companies involved, because ultimately one of the reasons why farmers face difficulties in this is that their business is perceived as being too high risk in nature. One of my colleagues noted recently that even a smallholder’s father would not lend him money because what he does is not really business, and often they do not have the security needed for any kind of investment. Insufficient rainfall could, for example, spell total loss. In Colombia, the political situation has also played a huge role, because just 10 to 15 years ago, traveling three to five hours away from Bogotá was a risky proposition. Today, the situation is more stable, though the fundamental problems have not been solved yet. There are a number of reasons that combined have curbed the development of the countryside and agriculture in Colombia. When we consider key crops such as coffee or maize, for example, and compare productivity per hectare over the past 50 years, we see that some countries reached a trigger point after which their productivity started to grow at a much more rapid pace. In contrast, there has been a steady, but marginal annual increment in productivity growth in Colombia, and we have never experienced a revolution in the agriculture sector. I believe we can still experience this, however, and we have the model that works.